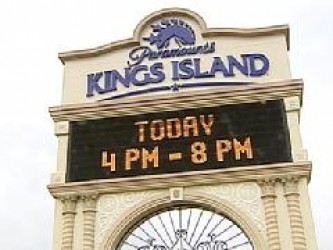 Country artists LeAnn Rimes and Montgomery Gentry will perform, and the $70 tickets include admission into Kings Island.

“I think it’s arguably the single biggest event Kings Island has had in its 35-year history,” said Don Helbig of Kings Island.

Radio station 55 WKRC will sponsor the Cincinnati-area leg of a five-city swing through the Midwest.