Gerald Posner: Plagiarism An 'Old Story,' New Times Is Out to 'Destroy' His Book 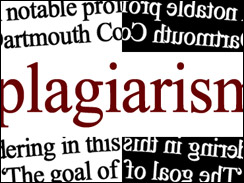 In this week's New Times, we report on 16 new examples of apparent plagiarism in Gerald Posner's latest book, Miami Babylon. We emailed all the problems to Posner last week and left multiple phone messages for him, but he never responded.

Minutes ago, however, he uploaded a response to today's stories on his blog. Posner claims that New Times is part of a "coordinated effort" to "destroy" his book. He says his plagiarism is an "old story" and that he's already apologized.

Posner doesn't dispute any of the reporting in our story. Nor does he explain how, precisely, this many passages from this many different sources ended up copied verbatim or nearly verbatim into his book.

Last week, a former Miami New Times reporter told me that the paper, still stinging over having to run a correction to their last article about me, was going "to bury you." So the attack piece today is not a surprise, but part of the coordinated effort to destroy my book, Miami Babylon. It is a mishmash of additional "examples" of text supposedly copied from other publications.

Several times I have addressed how and why that happened, offered apologies, and it is now an old story. I refer everyone to my blog where I have commented on this in detail. Today's article also includes instances of alleged "new problems." As always, I stand by the accuracy of each and every interview I conducted, more than 200, for Miami Babylon.

(We did post Posner's response to Owen's account of a confrontation that took place at a Posner book reading.)