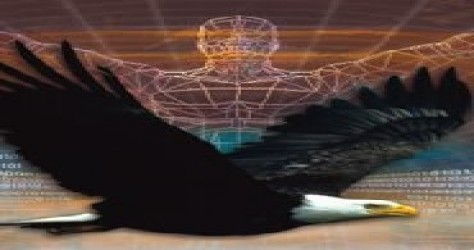 Want a job at Maxwell Air Force Base? Apply at the same address as CSC! 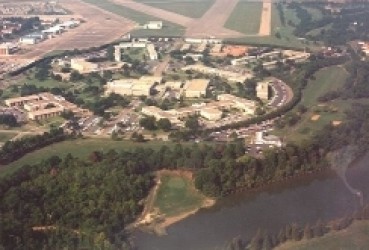 Maxwell AFB Civil Group 3170 Fairview Park Drive Falls Church, Virginia 22042 Phone: 703.876.1000 http://www.maxwell.af.mil/msd/EmploymentApplication.pdf ———-   From the (CSC.com) website… For more than eight years, DVC has overseen the management and development of biodefense vaccine and therapeutic biologic programs for various U.S. government entities, including the Department of Defense and the National Institute of Allergy and Infectious Diseases (NIAID). On May 4, the company was awarded a contract from the Department of Health and Human Services (DHHS) Office of Public Health Emergency Preparedness to develop seasonal and pandemic influenza vaccines as part of a five-year agreement valued at $242.5 million. http://www.csc.com/features/2006/13.shtml

Mr. Guy Copeland Vice President [“Prior to joining CSC in 1988, Mr. Copeland’s Army career included research and development projects, directing organizations responsible for fielding, operating and maintaining communications systems, and a tour in Vietnam as a helicopter pilot. In 1983-84, he was a Congressional Science Fellow in the office of Senator John Warner (R, VA).” – AC #

niap.nist.gov/pp/pp_dev_process.pdf Heres an interesting google search string…. http://www.google.com/search?hl=en&lr=&q=%22NCSC.MIL%22+csc.com+NSA CSC Home Page http://www.csc.com/ Another corporation for DynCorp Austin Texas : Nazi Rally Protest Photos Reveal Police Surveilling from CSC/Dyncorp Building Infowars | December 15, 2005 These photos were taken at the Nazi Rally protest. You can clearly see police conducting surveillance operations from the top of the Computer Science Corp. building. http://www.infowars.com/articles/commentary/emails/121505_nazi_rally_protest_photos.htm In case you dont remeber this… I just realized the CSC.com is DynCorp I remember well this speech by Cynthia McKinney … Transcript of Representative Cynthia McKinney’s Exchange with Defense Secretary Donald Rumsfeld, Chairman of the Joint Chiefs of Staff Richard Myers, and Under Secretary of Defense (Comptroller) Tina Jonas, March 11th, 2005 http://www.fromthewilderness.com/free/ww3/031505_mckinney_transcript.shtml “Mr. Secretary: according to the Comptroller General of the United States, there are serious financial management problems at the Pentagon, to which Mr. Cooper alluded.” Fiscal Year 1999: $2.3 trillion missing. Fiscal Year 2000, $1.1 trillion missing. And DoD is the number one reason why the government can’t balance its checkbook. The Pentagon has claimed year after year that the reason it can’t account for the money is because its computers don’t communicate with each other. My second question, Mr. Secretary, is who has the contracts today, to make those systems communicate with each other? How long have they had those contracts, and how much have the taxpayers paid for them? Finally Mr. Secretary, after the last Hearing, I thought that my office was promised a written response to my question regarding the four wargames on September 11th. I have not yet received that response, but would like for you to respond to the questions that I’ve put to you today. And then I do expect the written response to my previous question – hopefully by the end of the week. from…. # DYNCORP TENTACLES IN PUERTO RICO: This topic has been considered to hot to handle by the local press. Dyncorp a corporation that has been accused of sex slave trade in Bosnia, close ties to the CIA, part of Plan Colombia and that currently has an army of mercenaries in Iraq and Afghanistan is now assembling deadly state of the art Cobra helicopters in a civilian airport which 30 years ago was used by the Strategic Air Command in Aguadilla, Puerto Rico. These pictures speak for themselves. No armed military personnel are guarding these sophisticated killer machines. As you can see no markings are visible in these ready to fly killer birds. http://www.ovni.net/andrew/dyncorpa.jpg http://www.ovni.net/andrew/dyncorpb.jpg http://www.ovni.net/andrew/dyncorpc.jpg http://www.ovni.net/andrew/dyncorpd.jpg http://www.ovni.net/andrew/dyncorpe.jpg links… SAIC Dead Microbiologists Sept11 Wiki – Dyncorp Pmcs Anthrax-911-Gate SAIC SEC banking CIFA NSA porn – CSC Hayden 9-11 ties hookergate Cocaine, Gambling – GOP – Alex Constantine 911reviewhttp://911review.org/Alex/alex.html

LONDON OBSERVER: Alex Constantine’s THE COVERT WAR AGAINST ROCK – One of “The 50 Greatest Music Books Ever”
Jan 23