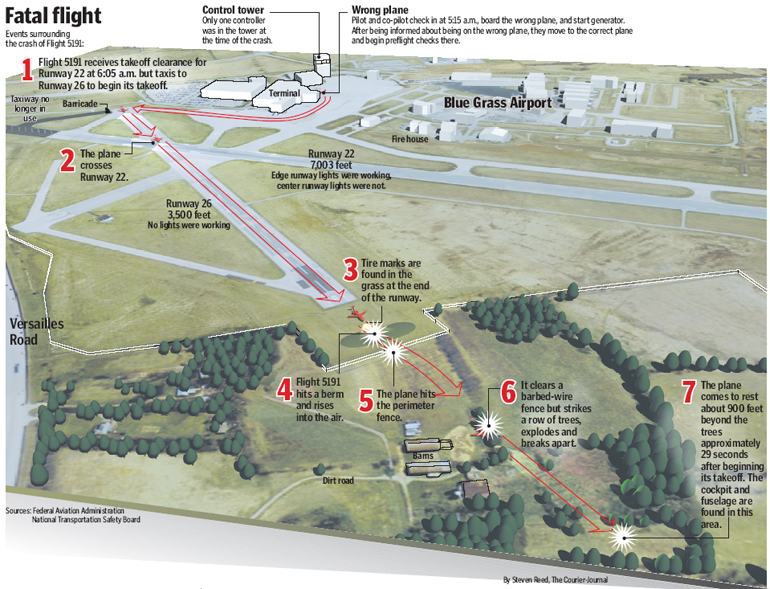 LEXINGTON, Ky. — The lone survivor of the crash of Comair Flight 5191 has settled a lawsuit with the federal government.

Attorneys for co-pilot James Polehinke and lawyers for the government filed a notice of dismissal Wednesday in U.S. District Court in Lexington. Polehinke’s attorney, Larry I. Moore of Greensboro, N.C., declined to give details.

Polehinke had alleged that the federal government didn’t properly mark or light the runway at Lexington’s Blue Grass Airport, causing the pilots to use the wrong runway.

The jet crashed in the pre-dawn darkness Aug. 27, 2006, shortly after taking off from an unlit general aviation strip that was too short for larger commercial aircraft. Forty-nine people died.