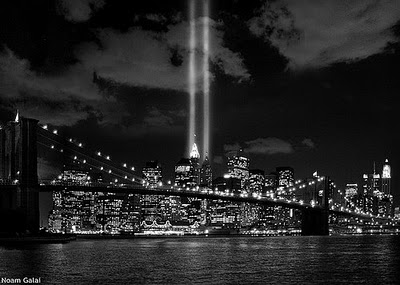 Re: Alex Beam (this is his professional obituary, we hope), the author of this Boston Globe article condemning "conspiracy theories" from Dallas to 9/11: " ... I don't think Dick Cheney, or the titans of capital, or the agents of the Apocalypse blew up the World Trade Center and killed 3,000 people to further some dark cause. I think the plot was hatched right where we think it was, in the faraway, hot sands of anti-American hatred. ... "

Who's Alex Beam? His father was an ambassador to the Eastern Bloc:

"Beam grew up in Washington, D.C., as his father Jacob D. Beam was a diplomat. ... "See: http://en.wikipedia.org/wiki/Alex_Beam 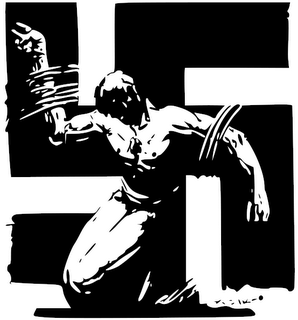 Jacob Beam was a friend of Nazi sympathizer Charles Lindbergh (they cavorted together in Hitler's Germany), and in a 1989 interview looked back on the fascist aviator as "a very impressive man." (For the suppressed dirt on Lindbergh, see the contemporaneous writing of George Seldes, eg.: "Lindbergh had written an article for the reactionary Reader's Digest stating Hitler's Aryan myth and other fascist doctrines."http://www.thirdworldtraveler.com/George_Seldes/Facts_Fascism_TGSR.html)http://www.trumanlibrary.org/oralhist/beamjw.htm

From NameBase, a reference site on matters related to American intelligence:

New York Times: "An early assignment was the American Embassy in Berlin from 1934 to 1940." The Hitler years ... "After graduating from Princeton in 1929, Mr. Beam studied a year in England before joining the Foreign Service in 1931 in Switzerland. ... Through his 42 years as a diplomat, Mr. Beam repeatedly turned up in strategic locales at momentous points, when the stakes involved war, invasion, national independence or moves for disarmament and peace. .... In 1955 he was placed in charge of the State Department's office of Eastern European Affairs ... After retiring as the Ambassador to the Soviet Union, he served as chairman of Radio Free Europe. ... "http://query.nytimes.com/gst/fullpage.html?res=9F0CE6DF103CF93BA2575BC0A965958260

Every one of his posts after the war would have brought him into close contact with the American intelligence apparat, particularly the CIA, if he wasn't one of them. His career included a stint at the Mutual Defense Assistance Program, which reinforced American hegemony around the world by using aid to control foreign governments and arming the non-communist world against the trumped-up charge of Soviet imperialism.

Mr. Beam was also an early member of the ultra-right Committee on the Present Danger.[See: http://rightweb.irc-online.org/gw/1589.html] 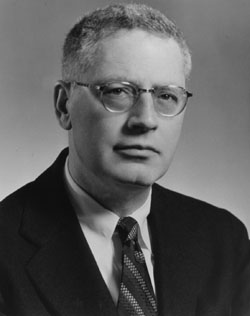 In other words, Jacob D. Beam hailed from the same political-intelligence milieu that murdered John F. Kennedy and subsequently covered it up.Alex Beam, his son, graduated from Yale University in 1975. He worked at Newsweek and BusinessWeek, according to his Wikipedia entry, "where his tenure included Boston and Moscow bureau chief, before joining the Boston Globe."

This is telling: "He was a John Knight Journalism Fellow at Stanford University in 1996-1997." The Knight Foundation is a CIA front.[Scroll down to Knight Foundation at: http://aconstantineblacklist.blogspot.com/2008/02/duncan-blake-suicides-solved.html]

From Alex Beam's Wiki entry: "In addition to his journalistic work, Beam is the author of two novels set in Russia, Fellow Travelers (1987) and The Americans Are Coming! (1991), both published by St. Martin's Press. He has also published a work of non-fiction, exploring the history of McLean Hospital. The book, titled Gracefully Insane: Life and Death Inside America's Premier Mental Hospital, was published in January 2002. ... "

This is probably not a good thing:

" ... His son Christopher Beam is currently a political blogger for Slate."

So what does Alex Beam - whose father was a Nixon appointee (Kennedy was murdered to make way for Nixon) and who owes his Ivy League education to a CIA front - have to say about the Kennedy assassination?

About what you would expect from a piece-of-crap Mockingbird:

"Oswald's Ghost" is an elegantly crafted, 90-minute obituary for the conspiracy theories surrounding the assassination of President John F. Kennedy. 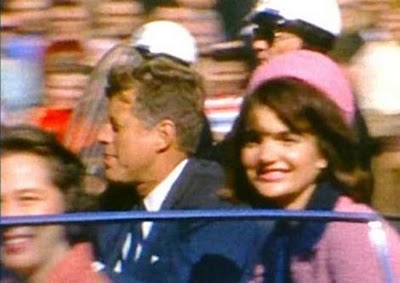 On the one hand, filmmaker Robert Stone (no relation to Oliver) reports that about 70 percent of Americans still disbelieve the official investigation into Kennedy's killing. Veteran conspiracy jockey Mark Lane crows that, unlike the major networks and editorial boards of The Washington Post and The New York Times, "I have been right all along" about the plot to kill Kennedy.

But a more impressive roster of experts, including the late Norman Mailer, Priscilla MacMillan and Todd Gitlin, has arrived at a different conclusion. Edward Jay Epstein, who has criticized the official Warren Report on the assassination, now thinks there was no anti-JFK conspiracy. "As we cover decade after decade, not a shred has come out that would indicate what this conspiracy was," Epstein says. "After 40 years, none of the theories pan out."

I don't know what Stone's agenda was in making "Oswald's Ghost." I understood it as a fairly subtle commentary on time. If there had been more truths to reveal about the Kennedy assassination, time would have yielded them. But it didn't. To borrow the language of "The X-Files," popcult's greatest conspiracy homage of recent time: Maybe the truth was out there all along.

Why is this relevant? Because we again are awash in conspiracy theories. Every major news event attracts an accompanying backwash of debunking, counter-factual argument and conspiracy-mongering. A recent Vanity Fair reported that "many people in London" believe that Prince Philip headed up a conspiracy to kill his erstwhile daughter-in-law, Princess Diana. Really? As if anyone cared.

The main event in contemporary conspiracy-mongering is, of course, 9/11. A few weeks into the fall of 2001, a friend called me from France and urged me to be the first American journalist to report the "truth" about the Sept. 11 attacks. He then sent me French newspaper stories "proving" that no airplane ever crashed into the Pentagon. While it is true that my French isn't what it used to be, I wasn't convinced.

The French have not monopolized this version of events. Not infrequently, I receive e-mails with subject lines like, "Yes, the Bush/Cheney regime deliberately let 9/11 happen."

"The Pentagon was struck by a 'hijacked' airliner 45 minutes after two other 'hijacked' airliners struck the WTC," this recent missive continued, "without the airliner being intercepted, approached, chased, or even seen by our air defenses? The Gov't still refuses to release clear video of whatever happened at the Pentagon to this day, six years later??? Why???"

This e-mail urges you and me to visit the Web site 911truth.org, and all I can say is, feel free to exercise your First Amendment rights. There is a "truth novel" (paging Mr. Orwell) about 9/11 coming out from a "New York Times Best-Selling Author" later this month. Look for it! On the Web site, you can check out the "peer-reviewed" Journal of 9/11 Studies. The site also allows you to download "resistance music," like Zan Overall's "I Want to Believe You, Mr. President," sung by Bill Horn and 911Truth Chorus. Sample lyric: "The more I learn about 9/11/Believing you gets harder to do."

You can watch clips of "Boston Tea Party" for 9/11 truth at the Web site boston911truth.org. I saw a video of retired Brigham Young University physicist Steven Jones explaining that he had found chemical evidence of Thermate, "a high-tech incendiary that melts steel like a hot knife through butter" in World Trade Center detritus. A press release from architect Richard Gage announces that "the official explanation of the total destruction of the World Trade Center skyscrapers has explicitly failed to address the massive evidence for explosive demolition."

Are there mysteries? Yes, there are mysteries. A friend of mine thinks that American Airlines's Flight 587, which crashed in Queens in the fall of 2001, was shoe-bombed. (Shoe bomber Richard Reid was arrested a month later on an American Airlines flight.) Even though I have since met an engineer who consulted on the investigation, which attributed the crash to wake turbulence and pilot error, I think my friend may be right.

But I don't think Dick Cheney, or the titans of capital, or the agents of the Apocalypse blew up the World Trade Center and killed 3,000 people to further some dark cause. I think the plot was hatched right where we think it was, in the faraway, hot sands of anti-American hatred.

I doubt the truth is out there. I think it is already here.

(DVD special features: A visit to Dealey Plaza in Dallas, "The Zapruder Film and Beyond" and an interview with producer Robert Stone. The DVD is available for purchase at www.shoppbs.org and proceeds support public television.)