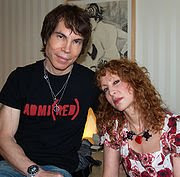 Gerald Posner – arguably the most obvious CIA/Mafia media shill in the world – is incapable of telling the truth about anything, I do believe. He concocts cover stories like the Case Closed shaggy-dog story that had Lee Harvey Oswald killing John F. Kennedy on his lonesome. The book distorts from the first sentence to the last. Anyone who has studied the Kennedy murder knows this, but Posner is a CIA-Mob propagandist so, of course, all doors to the deeply corrupt corporate media fly open for this sleazy ferret.

Now, with people named Jackson insisting that Michael was murdered, here comes Gerald Posner from the Daily Beast to obfuscate once again with a cover story that turns murder (or, it has been argued, manslaughter) into an accidental overdose. (Blaming the victim is a favorite CIA/Mafia propaganda stunt.) According to Posner, Jackson was trying to “make himself sick.” Posner’s media appearances are a telltale sign that there was much more to it – the “author” has no credibility whatsoever; his function is covering up Nazi and Mafia crimes, eg. the Kennedy assassination. Of course, media interviewers grovel in his presence, and never question his far-fetched, distorted, serial manipulations of evidence. Posner’s “work” on al Qaeda – trumpeting “confessions” obtained through CIA torture, leaked to him, conveniently distracting attention from CIA and DoD involvement in world terrorism – has been discredited by subsequent news reports. The following story is so much “Jesus Juice” – he’s covering up, IMhO. My job is to figure out what he’s hiding and I’ll be attempting to do just that in the weeks ahead. – AC 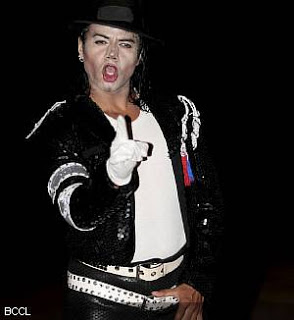 Michael Jackson inadvertently killed himself while trying to get sick enough to avoid tour commitments, according to a prominent author.

Jackson’s contract with the firm handling the 50-show tour stated that if the singer cancelled any concert, he would have to pay a penalty to the promoters, according to The Daily Beast.

However, most contracts have a medical infirmity clause, whereby if a performer is hospitalised no penalty needs to be paid, reports News.com.au.

Author Gerald Posner says that a top member of the singer’s entourage has told him that Jackson wanted to cancel several shows without having to pay out his touring company.
Jackson intentionally took a large amount of prescription drugs to induce a trip to hospital, according to the advisor,

The advisor reportedly said: “Like a child who doesn’t want to go to school… Michael thought he could get away from his obligations if he had a ”note from the doctor”.”