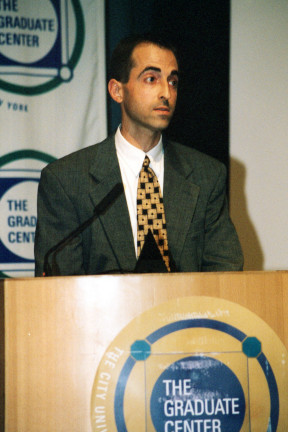 William Saletan in a national correspondent at Slate.com, the celebrated progressive news site.  Saleton recently wrote an erroneous piece smearing victims of ritual abuse. RA is a topic that I have covered for years, and this has put me in a position to be aware that there is an ambitious CIA propaganda campaign underway in the press to discredit victims and their advocates who are blacklisted and libelled freely in the media. Why? Because RA is ultimately about CIA mind control, a front covering for experimentation and operations. It isn't only children at Abu Ghraib who are raped by the CIA. So are American schoolchildren, and Saleton is one of many assets in the propaganda press who conceal that fact. The cover-up of RA in the media is a psyop nearly as pervasive and psychologically effective as the MSM-wide WMD hoax that preceded the Iraq war. (Anyone who believes that the RA'd chidren suffer "false memories," or were "coached," or "fabricate" stories of abuse, are themselves victims of ,media mind control programming. "Mockingbird," the CIA's code name for infiltration of the media, was iself, after all, a mind control program. Some 60 pages of documentation Ive posted here tell the actual, untrammelled-by-CIA-propaganda  ritual abuse story.) Saleton's ersatz diatribe on RA is but the latest media lie on the topic and it piqued my suspicions. Sure enough, I find that Mr. Saleton is best-known for promoting the racist policies of the Pioneer Fund (the same racial eugenics front that "educated" the National Socialist Party on racial "disparity" in the '30s, and, more recently, financed the publishing of the notorious The Bell Curve), and Institute for Historical Review. From Wikipedia:

' William Saletan is the national correspondent at Slate.com. Saletan gained recognition in the fall of 2004 with nearly daily columns covering the ups and downs of the Presidential race. ... A self described "liberal Republican," Saletan came out strongly against the re-election candidacy of George W. Bush. ... While Saletan initially argued in favor of George W. Bush's decision to invade Iraq, later as part of a Slate.com series marking the 5th anniversary of the Iraq War, Saletan described the lessons he had come to learn, stating "I wish I'd absorbed these lessons before the war. The best I can do now is remember them before the next one." In a series initially posted Sunday, November 18, 2007 on Slate.com, Saletan assessed the question of whether race is a genetically determining factor in intelligence. He ultimately did not discount the hypothesis that it is, concluding, "When I look at all the data, studies, and arguments, I see a prima facie case for partial genetic influence." Richard Nisbett[1] (in the New York Times),[Richard Nisbett should not be cited here. Saletan might believe that there are genetic differences in intelligence between races, but Nisbett clearly does not; see his book, "Intelligence and How to Get It: Why Schools and Cultures Count."] Stephen Metcalf[2] (in Slate) and The New Yorker's Malcolm Gladwell subsequently published counterarguments. In 2004 he wrote the book Bearing Right: How Conservatives Won the Abortion War. Saletan, a native Texan, graduated from Swarthmore College in 1987 and currently lives in Bethesda, Maryland. ...

I can comfortably rest my case here. More damning details on this "liberal Republican," whataver that is, would only be icing on the cake. Saleton, the "liberal Republican," is a obviously a far-cry from the liberal camp. His position on genetics and race is as extreme as the Nazi Pioneer Fund's. Backing the Iraq war in print was murderous. His writing is CIA perception management at its worst and most devastating. His "opinions" on the ritual abuse of children are not only wothless - they enable the rape and torture of young children. Likewise, his "work" on race and intellgence enables discrimination. He "reasoning" on Iraq enabled genocide. He is a media enabler of facsism, a media mole, a war criminal, a child rapist in his own right, and has less than zero credibility. Slate needs to unload this manipulative perception manager ASAP, or its own credibility is headed for the toilet, as well.