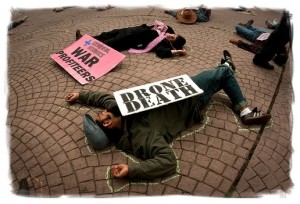 The CIA calls [them] its elite Counterterrorism Pursuit Teams. ... Pakistan see them as bombs blowing u in mosques and hospitals.

The CIA created, controls and pays for a clandestine 3,000-man paramilitary army of local Afghans, known as Counterterrorism Pursuit Teams. Woodward describes these teams as elite, well-trained units that conduct highly sensitive covert operations into Pakistan as part of a stepped-up campaign against al-Qaeda and Afghan Taliban havens there.

◦ Bob Woodward exposes the 3000 strong “CIA Army” waging war on Pakistan. Pakistanis see it as the TTP attacking Imam Baras and Hospitals, and the BLA blowing up pipelines.

◦ The undeclared, undebated secret war in Pakistan is bigger than we knew, and it’s being conducted in part by CIA-trained Afghans.

◦ When NPR (JJ Sutherland, National Public Radio September 22, 2010) asked a US official familiar with operations in Afghanistan, he confirmed the existence of these “Counterterrorism Pursuit Teams”

◦ Separately, an advisor to the US military also confirmed the existence of such a paramilitary force and that they were conducting some missions across the border in Pakistan.Just to be clear, that’s two different people speaking on condition of anonymity.

Bruce Riedel and a White House Staffer wrote a few months ago that the “Pakistanis have to be convinced to join the war in Afghanistan”. This CIA army and a spate of bombings in Pakistan are tools to convince the Pakistanis about the war in Afghanistan. As we have noted many times on Rupee News–this “convincing” has been part of the multiple attacks on civilians in Pakistan. ...  Some may not know that the CIA army is doing – but it is evident as the blood and gore spilt on the streets of Karachi and Peshawar. We see it every day in the form of “Targeted Killings” and attacks on Imam baras and Mosques. This convincing will continue till 2014 when the US forces leave. Beginning in 2011, the “convincing” will be a downward trend. Convinced or not, the fact remains that the US needs Pakistan to get a face-saving exit out of Afghanistan. General Kiyani will provide it to America after extracting a pound of flesh in Kashmir.

Bob Woodward’s new book is coming out ... and both the New York Times and the Washington Post have preview pieces today.

So what will we likely be hearing about for the next month? General David Petraeus once referred to top Obama adviser David Axelrod as “a complete spin doctor,” according to the book, titled “Obama’s Wars.” Joe Biden once called Afghanistan guru Richard Holbrooke “the most egotistical bastard I’ve ever met.” And national security adviser James Jones once called Obama’s political aides “water bugs.”

But what should we be talking about from the book?

The undeclared, undebated secret war in Pakistan is bigger than we knew, and it’s being conducted in part by CIA-trained Afghans:

The CIA created, controls and pays for a clandestine 3,000-man paramilitary army of local Afghans, known as Counterterrorism Pursuit Teams. Woodward describes these teams as elite, well-trained units that conduct highly sensitive covert operations into Pakistan as part of a stepped-up campaign against al-Qaeda and Afghan Taliban havens there.

The Obama Administration seems to be enamored with a drone-based foreign policy:

Mr. Woodward reveals the code name for the C.I.A.’s drone missile campaign in Pakistan, Sylvan Magnolia, and writes that the White House was so enamored of the program that Mr. Emanuel would regularly call the C.I.A. director, Leon E. Panetta, asking, “Who did we get today?”

◦ And although the president agreed to triple troop levels in the embattled country, some in Obama’s national security team doubt that his strategy in Afghanistan will even be successful, according to a new book by journalist Bob Woodward.

◦ The book also reveals that the U.S. has intelligence showing that Afghan President Hamid Karzai has been diagnosed with manic-depression and that he was taking medication for it.

This is how President Obama defines victory in Afghanistan:

Obama told Woodward in the July interview that he didn’t think about the Afghan war in the “classic” terms of the United States winning or losing. “I think about it more in terms of: Do you successfully prosecute a strategy that results in the country being stronger rather than weaker at the end?” he said.

And this is the man who the United States is relying on over there: The book also reports that the United States has intelligence showing that manic-depression has been diagnosed in President Hamid Karzai of Afghanistan and that he was on medication, but adds no details

Woodward’s book presents an opportunity to explore and debate issues that haven’t gotten much airing — the war in Pakistan, the drone strikes, Obama’s continuation of various Bush-era policies. Unfortunately, it comes wrapped up with another opportunity: to obsess over sketchily sourced stories of interpersonal sniping within the administration.

... the Counterterrorist Pursuit Teams follow a more traditional, decades-old CIA pattern. When it’s politically or militarily unfeasible to launch a direct U.S. operation, then it’s time to train, equip and fund some local proxy forces to do it for you. Welcome back to the anti-Soviet Afghanistan Mujahideen of the 1980s, or the Northern Alliance that helped the U.S. push the Taliban out of power in 2001.

But that same history also shows that the U.S. can’t control those proxy forces. Splits within the mujahideen after the Soviet withdrawal (and the end of CIA cash) led to Afghanistan’s civil war in the 1990s, which paved the way for the rise of the Taliban. One of those CIA-sponsored fighters was Gulbuddin Hekmatyar, now a key U.S. adversary in Afghanistan. And during the 2001 push to Kabul, a Northern Alliance military commander, Abdul Rashid Dostum, killed hundreds and maybe even thousands of Taliban prisoners. He was on the CIA’s payroll at the time.

Then there are the risks that the Counterterrorist Pursuit Teams pose within Afghanistan. CIA has to recruit those fighters from somewhere. While the agency wouldn’t answer questions about how where its proxy fighters come from, the CIA also pays for a Kandahar-based militia loyal to local powerbroker Ahmed Wali Karzai, the president’s brother. Fearing that the entrenchment of such warlords will ultimately undermine the Afghan government, the U.S. military is trying to limit the influence of such warlords by changing its contracting rules. CIA may be less concerned. Wired.

They some wonder why they hate us!

I think it’s time for Obama to tell the truth about why we are really at war in Pakistan (and Afghanistan) – namely the Chinese built deep water port in Gwadar, Pakistan – which will guarantee the Chinese a virtual monopoly on Iranian oil and natural gas. Scapegoating al Awlaki for a cyncial political agenda is not only morally bankrupt, but a violation of the US Constitution and international law. I blog about this at http://stuartbramhall.aegauthorblogs.com/2010/09/26/iran-china-and-the-gwadar-port/