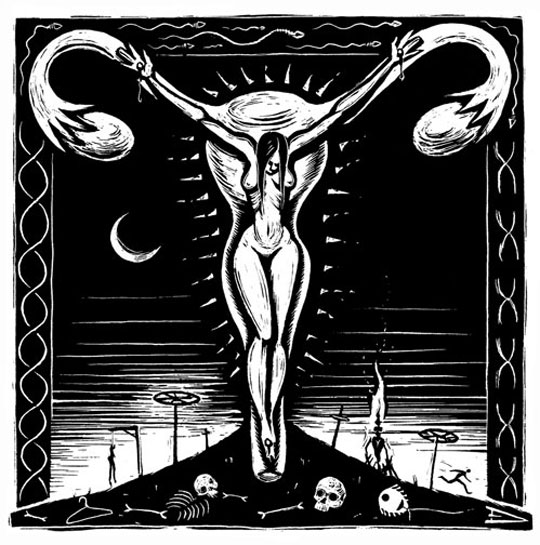 Through their hardline stance on abortion, the Catholic church and rightwing politicians in Chile are costing women their lives

While English society discusses the possibility of allowing women to carry out early medical abortions at home, in Chile the fate of reproductive justice is looking grim. There, therapeutic abortion – which is induced to preserve the health of the mother – is not even an option. Chile allowed therapeutic abortion from 1931 until 1989 – the last year of the military dictatorship that ruled the country for 17 years, leaving 3,000 dead and disappeared and 35,000 tortured. The devout Catholic generals banned abortions just before they left to protect, they said, the right to life of the unborn.

A group of Chilean MPs has recently introduced a bill aiming to re-establish this right. To make a strong statement they introduced the case of Claudia Pizarro, a 28-year-old woman who had cancer and was also carrying an anencephalic baby. She was asking for a therapeutic abortion. The health minister accused her of being a setup, and the political discussion went nowhere. On 4 January Pizarro delivered a baby girl who died an hour and 15 minutes after being born. 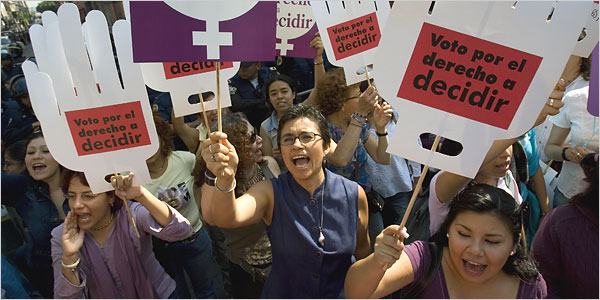 Despite being a secular state, the Catholic church is a powerful institution in Chile. Rightwing politicians are fervent believers and several of them are members of the ultra-conservative sects Opus Dei and Legionaries of Christ. They are the kind of Catholics who believe you have to accomplish the mission God gave you (in their cases: being rich, powerful and dictating everybody’s lives).

In 2006, the Chilean government led by socialist Michelle Bachelet, the first woman elected president, allowed the free distribution of the morning-after pill in public health centres for women over 14. Pro-life groups, the Catholic church and rightwing politicians protested, and 36 MPs requested that the constitutional tribunal protect the “right to life” established by the constitution. Keep in mind we’re talking about the morning-after pill here, which solely prevents pregnancy and is not an abortifacient.

The same people have been trying to prevent sex education and campaigns against HIV/Aids for years; abstinence is the only possible way for them. We had national campaigns against HIV/Aids that didn’t talk about condoms – at all. The last one, released last December under Sebastián Piñera’s rightwing government, is especially unclear and confused with “conceptual” adverts, which don’t give straightforward information and completely ignore the highest risk group: male homosexuals. Fifteen years ago those groups managed to cancel Jocas, the only serious sex-education policy tried in Chile, because it was revealed that some teachers were showing teenagers how to put on a condom using a banana. Granted, it might not be very elegant – but by making a scandal and calling it “explicit and immoral”, they managed to strip Chile bare of any sex-education policy. Today, ignorance rules. 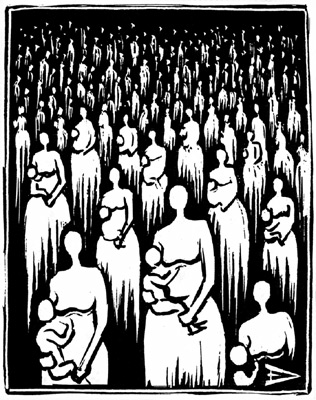 In 2008, the constitutional tribunal banned the free distribution of the morning-after pill in public hospitals or health centres, but not its sale. So rich women and girls had access to the pill, but poor uneducated women did not. In 2010 the congress finally ruled by law that the morning-after pill had to be freely distributed by the public health system. But there is a catch: young girls who need the morning-after pill have to ask for it accompanied by one of their parents. Talk about a barrier: if you are young and having sex, the last people you want to know about it are your parents. Every year 30,000 teenagers become mothers; that is 13% of all births in Chile.

This is our situation: women who know that their babies are going to die have to carry them for nine months and deliver them just to bury them; poor teenagers are having babies because they don’t have access to sexual education or to emergency contraception, and the possibility of abortion being legal is just a dream – but meanwhile, every year, about 40,000 women risk their lives having illegal abortions in the worst conditions. What will it take for Chile to not take women’s lives for granted?