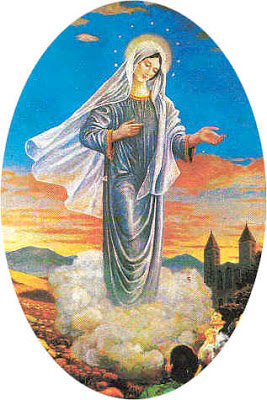 Kristina, Juliana and Celeste have written a book about their childhood trauma

Sisters Kristina and Celeste Jones and and their half-sister Juliana Buhring are at Kristina’s house in Nottingham, getting ready to go out. Kristina makes up her eyes, Celeste decides she looks all right as she is and Juliana does her hair. They could be any three carefree young women getting ready for a night out – but up until now their lives have been anything but carefree. They are going to the signing of their new book Not Without My Sister about their experiences growing up in the abusive Children of God (CoG) cult; the book, to their astonishment, has become a best-seller.

The Children of God began in Southern California in the late l960s, founded by self-styled guru and paedophile, the late David Berg. The CoG believe themselves to be God’s elect, offering redemption only to those who join them and adhere to their strict codes. One of Berg’s edicts was the “Law of Love”, which allowed adult males to have sex with anyone they wanted, including children – Berg called this “sharing”, and anyone who wasn’t willing to “share” was accused of not loving God enough. Girls from the age of 10 were used in recruitment, offering prospective cult members sex in a practice called “flirty fishing”.

Kristina, 31, Celeste, 32, and Juliana, 26, share the same father, Christopher Jones. Clever, handsome, musical, educated, Jones nevertheless dropped out of college to join the CoG in 1973 at the age of 22. Rebecca, was recruited into the CoG in 1973, aged l6, and married Jones the following year. Within a few years, Celeste and then Kristina were born to the couple. Christopher then left Rebecca and had Juliana with another partner (the practice of multiple partners is usual within CoG).

Kristina’s childhood was one of sexual abuse, enforced prostitution and regular savage beatings from her mother’s then boyfriend, (who was not, by this time Christopher Jones). Born in India, Kristina grew up in many different countries: “[CoG] move everyone, partly so you don’t put down any roots anywhere, but also to escape police attention. Visas were constantly expiring anyway.” The frequent relocation also makes it hard for the parents of recruited children to find them. Children are also often given new names to further strip their identities and confuse the authorities.

Kristina was 12 before she escaped with her mother and came to England. “Before I left, every muscle in my body was tense with fear, waiting for the next beating. After I left I felt everything relax, and it was a really good feeling, to be free. It took me a while to adjust, but children are adaptable. I was a novelty at school because I didn’t even know who Michael Jackson was.”

Nevertheless, she missed her sisters desperately. Celeste, her father’s favourite, lived for periods in Greece, Sri Lanka, Dubai and India with him. She escaped six years ago after a lengthy campaign by Kristina and her mother. (Another sibling, Davida, died from a heroin overdose in 2005 aged 23, unable to cope with the scars of abuse and abandonment.)

Abuse was rife among cult members. At the age of six, Celeste says she was filmed dancing naked, with instructions to be “sexy”; in this way Berg selected the children he wished to abuse. Celeste wasn’t selected by Berg on that occasion but she was abused by others and filmed again when she was l3. “I was more aware, and it felt more violating. I was so embarrassed.” When she told her father about her abuse, he sympathised but did nothing. Despite this, Celeste says she still believed her father did not partake in the abuse, until one day she found him in bed with her best friend aged l2. He later denied the claims and said they were just cuddling.

When Celeste was l9 a meeting was arranged between her, Kristina and their mother (both then free from CoG) in response to a long custody battle and emerging media furore surrounding the cult and its practices. Despite the efforts of her sister and mother, Celeste remained with the CoG. But when Celeste’s own daughter Cherie turned four, Celeste realised she had to leave CoG. She watched her daughter but knew she couldn’t protect her indefinitely from the abuse that she might suffer, so Celeste set about her escape. It took her two years before she eventually gained her freedom in 2001.

Juliana grew up in Africa and India, but had neither parent to protect her against beatings and sexual abuse. Rebellious and beaten more harshly as a result, Juliana says: “They wanted to cleanse us of our own personalities, so they constantly told me I was worthless, to break me. At l4 I tried to jump out of windows and slit my wrists – I thought, if this is life I don’t want it. It was only in Africa when I saw people worse off then me that I changed my mind.” Juliana left Uganda in 2004 for a family reunion in Portugal, and that Christmas she finally left CoG and came to England to be with her mother and sisters. “The hardest thing about coming out was making friends but not believing anyone would want me and not want something back. My life had been so stunted.”

The women’s father remains in CoG and, as a result of her experiences and those of her sisters, Kristina is currently setting up the charity Rise International to help cult victims and raise awareness of cult damage and says: “Getting my sisters out was a goal for as long as I can remember. Sometimes it feels like they were never apart [from me], and at other times I feel the gaps. There’s so much I didn’t know about them and what they went through.”

‘Not Without My Sister’ by Kristina Jones, Celeste Jones and Juliana Buhring (Harper Collins)

Beyond belief: A brief history of cults

There are an estimated 500 cults currently operating in the UK, according to the Cult Information Centre (CIC).

Cults can roughly be divided into religious organisations and those that operate under the guise of “self-improvement”, often targeting educated professionals, says Ian Haworth of the CIC.

Often headed by charming, messianic leaders, cults use psychological coercion (brainwashing) techniques to recruit, indoctrinate and retain their members, and to form an elitist, totalitarian society.

The Californian People’s Temple group is widely regarded as the “cultus classicus”. In 1978, 900 of its members committed mass suicide at their settlement in Guyana, on the orders of their American leader.

In 1981, the Moonies, led by Korean-born businessman Sun Myung Moon, were branded by the ‘Daily Mail’ as “the church that breaks up families” and accused them of brainwashing. The Moonies sued for libel, but lost heavily. A jury awarded the ‘Mail’ a record-breaking £750,000 in costs.

In 1984, 10 salad bars in Oregon were contaminated with salmonella typhimurium by the Bhagwan Shree Ramjeesh/Osho group. 751 people were affected, but none were killed.

The Sarin gas attack on the Tokyo subway in 1995 was carried out by members of the religious group Aum Shinrikyo.

Today, radical terrorist groups are the most recent example of organisations operating like cults to recruit members, according to Ian Haworth. He says, “Radicalisation means exactly the same as brainwashing,” and, “those in Muslim communities in particular need to be made very aware of this while the threat of terrorism continues.”