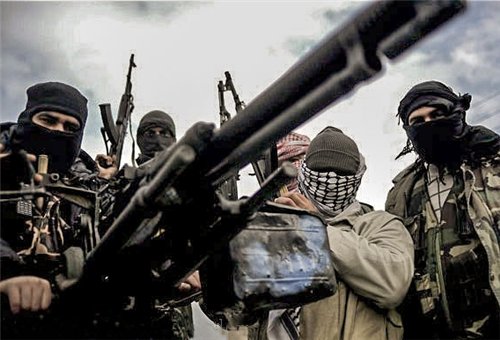 AMMAN, Jordan — Weapons shipped into Jordan by the Central Intelligence Agency and Saudi Arabia intended for Syrian rebels have been systematically stolen by Jordanian intelligence operatives and sold to arms merchants on the black market, according to American and Jordanian officials.

Some of the stolen weapons were used in a shooting in November that killed two Americans and three others at a police training facility in Amman, F.B.I. officials believe after months of investigating the attack, according to people familiar with the investigation.

The existence of the weapons theft, which ended only months ago after complaints by the American and Saudi governments, is being reported for the first time after a joint investigation by The New York Times and Al Jazeera. The theft, involving millions of dollars of weapons, highlights the messy, unplanned consequences of programs to arm and train rebels — the kind of program the C.I.A. and Pentagon have conducted for decades — even after the Obama administration had hoped to keep the training program in Jordan under tight control.

The Jordanian officers who were part of the scheme reaped a windfall from the weapons sales, using the money to buy expensive SUVs, iPhones and other luxury items, Jordanian officials said.

The theft and resale of the arms — including Kalashnikov assault rifles, mortars and rocket-propelled grenades — have led to a flood of new weapons available on the black arms market. Investigators do not know what became of most of them, but a disparate collection of groups, including criminal networks and rural Jordanian tribes, use the arms bazaars to build their arsenals. Weapons smugglers also buy weapons in the arms bazaars to ship outside the country.

The F.B.I. investigation into the Amman shooting, run by the bureau’s Washington field office, is continuing. But American and Jordanian officials said the investigators believed that the weapons a Jordanian police captain, Anwar Abu Zaid, used to gun down two American contractors, two Jordanians and one South African had originally arrived in Jordan intended for the Syrian rebel-training program.

The officials said this finding had come from tracing the serial numbers of the weapons.

Mohammad H. al-Momani, Jordan’s minister of state for media affairs, said allegations that Jordanian intelligence officers had been involved in any weapons thefts were “absolutely incorrect.”

“Weapons of our security institutions are concretely tracked, with the highest discipline,” he said. He called the powerful Jordanian intelligence service, known as the General Intelligence Directorate, or G.I.D., “a world-class, reputable institution known for its professional conduct and high degree of cooperation among security agencies.” In Jordan, the head of the G.I.D. is considered the second most important man after the king.

Representatives of the C.I.A. and F.B.I. declined to comment.

The State Department did not address the allegations directly, but a spokesman said America’s relationship with Jordan remained solid.

“The United States deeply values the long history of cooperation and friendship with Jordan,” said John Kirby, the spokesman. “We are committed to the security of Jordan and to partnering closely with Jordan to meet common security challenges.”

The training program, which in 2013 began directly arming the rebels under the code name Timber Sycamore, is run by the C.I.A. and several Arab intelligence services and aimed at building up forces opposing President Bashar al-Assad of Syria. The United States and Saudi Arabia are the biggest contributors, with the Saudis contributing both weapons and large sums of money, and with C.I.A. paramilitary operatives taking the lead in training the rebels to use Kalashnikovs, mortars, antitank guided missiles and other weapons.

The existence of the program is classified, as are all details about its budget. American officials say that the C.I.A. has trained thousands of rebels in the past three years, and that the fighters made substantial advances on the battlefield against Syrian government forces until Russian military forces — launched last year in support of Mr. Assad — compelled them to retreat.

Vice President Joseph R. Biden Jr. in March at a Jordanian-American military training center in Zarqa, Jordan. Credit Jordan Pix/Getty Images
The training program is based in Jordan because of the country’s proximity to the Syrian battlefields. From the beginning, the C.I.A. and the Arab intelligence agencies relied on Jordanian security services to transport the weapons, many bought in bulk in the Balkans and elsewhere around Eastern Europe.

The program is separate from one that the Pentagon set up to train rebels to combat Islamic State fighters, rather than the Syrian military. That program was shut down after it managed to train only a handful of Syrian rebels.

Jordanian and American officials described the weapons theft and subsequent investigation on the condition of anonymity because the Syrian rebel training is classified in the United States and is a government secret in Jordan.

News of the weapons theft and eventual crackdown has been circulating inside Jordan’s government for several months. Husam Abdallat, a senior aide to several past Jordanian prime ministers, said he had heard about the scheme from current Jordanian officials. The G.I.D. has some corrupt officers in its ranks, Mr. Abdallat said, but added that the institution as a whole is not corrupt. “The majority of its officers are patriotic and proud Jordanians who are the country’s first line of defense,” he said.

Jordanian officials who described the operation said it had been run by a group of G.I.D. logistics officers with direct access to the weapons once they reached Jordan. The officers regularly siphoned truckloads of the weapons from the stocks, before delivering the rest of the weapons to designated drop-off points.

Then the officers sold the weapons at several large arms markets in Jordan. The main arms bazaars in Jordan are in Ma’an, in the southern part of the country; in Sahab, outside Amman; and in the Jordan Valley.

It is unclear whether the current head of the G.I.D., Gen. Faisal al-Shoubaki, had knowledge of the theft of the C.I.A. and Saudi weapons. But several Jordanian intelligence officials said senior officers inside the service had knowledge of the weapons scheme and provided cover for the lower-ranking officers.

Word that the weapons intended for the rebels were being bought and sold on the black market leaked into Jordan government circles last year, when arms dealers began bragging to their customers that they had large stocks of American- and Saudi-provided weapons.

Jordanian intelligence operatives monitoring the arms market — operatives not involved in the weapons-diversion scheme — began sending reports to headquarters about a proliferation of weapons in the market and of the boasts of the arms dealers.

Continue reading the main story
After the Americans and Saudis complained about the theft, investigators at the G.I.D. arrested several dozen officers involved in the scheme, among them a lieutenant colonel running the operation. They were ultimately released from detention and fired from the service, but were allowed to keep their pensions and money they gained from the scheme, according to Jordanian officials.

Jordan’s decision to host the C.I.A.-led training program is the latest episode in a long partnership.

Beginning in the Eisenhower administration, the C.I.A. made large payments to King Hussein, who ruled Jordan from 1952 until his death in 1999, in exchange for permission to run numerous intelligence operations on Jordanian soil.

Ambulances leaving the police training center where Captain Abu Zaid gunned down five people, including two American contractors. Credit Raad Adayleh/Associated Press
C.I.A. money and expertise also helped the king establish the G.I.D. and put down internal and external threats to his government. Since the Sept. 11, 2001, attacks, the United States has flooded Jordan with money for various counterterrorism programs. American and Jordanian spies have run a joint counterterrorism center outside Amman, and a secret prison in Jordan housed prisoners the C.I.A. captured in the region.

In his 2006 book, “State of Denial,” the journalist Bob Woodward recounted a 2003 conversation in which George J. Tenet, then the director of central intelligence, told Condoleezza Rice, then the national security adviser, “We created the Jordanian intelligence service, and now we own it.”

It is a relationship of mutual dependence, but Jordan has particular leverage because of its location in the heart of the Middle East and its general tolerance to be used as a base of American military and intelligence operations. Jordan’s security services also have a long history of trying to infiltrate Islamic militant groups, efforts that have yielded both success and failure.

In 2009, a Jordanian doctor — brought to the C.I.A. by a G.I.D. officer after the doctor said he had penetrated Al Qaeda’s leadership — turned out to be a double agent and blew himself up at a remote base in Afghanistan. Seven C.I.A. employees, as well as the G.I.D. officer, were killed in the attack.

Two recent heads of the service, also known as the Mukhabarat, have been sent to prison on charges including embezzlement, money laundering and bank fraud. One of them, Gen. Samih Battikhi, ran the G.I.D. from 1995 to 2000 and was convicted of being part of a scheme to obtain bank loans of around $600 million for fake government contracts and pocketing about $25 million. He was sentenced to eight years in prison, but the sentence was eventually reduced to four years that were served in his villa in the seaside town of Aqaba.

Continue reading the main story
Gen. Mohammad al-Dahabi, who ran the service from 2005 to 2008, was later convicted of stealing millions of dollars that G.I.D. officers had seized from Iraqi citizens crossing into Jordan in the years after the American invasion of Iraq in 2003. His trial showed that he had also arranged for money to be smuggled in private cars from Iraq into Jordan and had been involved in sellingJordanian citizenship to Iraqi businessmen. He was sentenced to 13 years in prison and fined tens of millions of dollars.

President Obama authorized the covert arming program in April 2013, after more than a year of debate inside the administration about the wisdom of using the C.I.A. to train rebels trying to oust Mr. Assad.

The decision was made in part to try to gain control of a chaotic situation in which Arab countries were funneling arms into Syria for various rebel groups with little coordination. The Qataris had paid to smuggle shipments of Chinese-made FN-6 shoulder-fired weapons over the border from Turkey, and Saudi Arabia sent thousands of Kalashnikovs and millions of rounds of ammunition it had bought, sometimes with the C.I.A.’s help.

By late 2013, the C.I.A. was working directly with Saudi Arabia, the United Arab Emirates and other nations to arm and train small groups of rebels and send them across the border into Syria.

The specific motives behind the November shooting at the Amman police training facility remain uncertain, and it is unclear when the F.B.I. will officially conclude its investigation.

This year, the widows of the Americans killed in the attack sued Twitter, alleging that it knowingly permitted the Islamic State to use its social media platform to spread the militant group’s violent message, recruiting and raising funds.

Captain Abu Zaid, the gunman, was killed almost immediately. His brother, Fadi Abu Zaid, said in an interview that he still believed his brother was innocent and that he had given no indications he was planning to carry out the shooting.

The Jordanian government, he said, has denied him any answers about the shooting, and has refused to release his brother’s autopsy report.

Mark Mazzetti reported from Amman and Washington, and Ali Younes from Amman, Washington and Doha, Qatar. 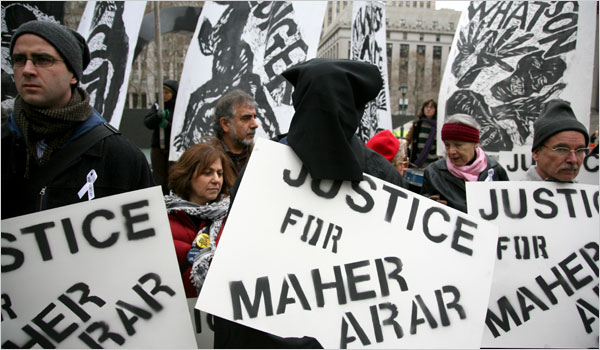