Big Brother Loves You and is Watching: Surveillance in the News

Everybody’s A Target In The American Surveillance State 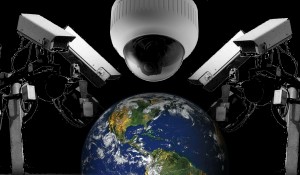 NJ TODAY,  March 28, 2012 –“Everybody’s a target; everybody with communication is a target.”—A  senior intelligence official previously involved with the Utah Data  Center

In the small town of Bluffdale, Utah, not far from bustling Salt Lake City,  the federal government is quietly erecting what will be the crown jewel of its  surveillance empire. Rising up out of the desert landscape, the Utah Data Center  (UDC)—a $2 billion behemoth designed to house a network of computers,  satellites, and phone lines that stretches across the world—is intended to serve  as the central hub of the National Security Agency’s vast spying infrastructure.  Once complete (the UDC is expected to be fully operational by September 2013),  the last link in the chain of the electronic concentration camp that surrounds  us will be complete, and privacy, as we have known it, will be extinct. …

Police Are Using Phone Tracking as a Routine Tool

WASHINGTON — Law enforcement tracking of cellphones, once the province mainly of federal agents, has become a powerful and widely used surveillance tool for local police officials, with hundreds of departments, large and small, often using it aggressively with little or no court oversight, documents show.

A GPS tracker. The Supreme Court recently ruled that such a device placed on a suspect’s car was an unreasonable search.

The practice has become big business for cellphone companies, too, with a handful of carriers marketing a catalog of “surveillance fees” to police departments to determine a suspect’s location, trace phone calls and texts or provide other services. Some departments log dozens of traces a month for both emergencies and routine investigations.

With cellphones ubiquitous, the police call phone tracing a valuable weapon in emergencies like child abductions and suicide calls and investigations in drug cases and murders. One police training manual describes cellphones as “the virtual biographer of our daily activities,” providing a hunting ground for learning contacts and travels.

But civil liberties advocates say the wider use of cell tracking raises legal and constitutional questions, particularly when the police act without judicial orders. While many departments require warrants to use phone tracking in nonemergencies, others claim broad discretion to get the records on their own, according to 5,500 pages of internal records obtained by the American Civil Liberties Union from 205 police departments nationwide.

The internal documents, which were provided to The New York Times, open a window into a cloak-and-dagger practice that police officials are wary about discussing publicly. While cell tracking by local police departments has received some limited public attention in the last few years, the A.C.L.U. documents show that the practice is in much wider use — with far looser safeguards — than officials have previously acknowledged.

The issue has taken on new legal urgency in light of a Supreme Court ruling in January finding that a Global Positioning System tracking device placed on a drug suspect’s car violated his Fourth Amendment rights against unreasonable searches. While the ruling did not directly involve cellphones — many of which also include GPS locators — it raised questions about the standards for cellphone tracking, lawyers say.  …

Wired News –  Just as the lower courts were mixed on whether the police could secretly affix … while others found the government had unchecked GPS surveillance powers. …

On Nov. 17, Kira Moyer-Sims was near the Manhattan Bridge, buying coffee while three friends waited nearby in a car. More than a dozen blocks away, protesters gathered for an Occupy Wall Street “day of action,” which organizers had described as an attempt to block the streets around the New York Stock Exchange. Then, Ms. Moyer-Sims said, about 30 police officers surrounded her and the people in the car.

All four were arrested, said Vik Pawar, a lawyer for Ms. Moyer-Sims and two of the others, and taken to a police facility in the East Village. He said officers strip-searched them and ignored their requests for a lawyer. The fourth person could not be reached for comment.

Ms. Moyer-Sims, 20, said members of the Police Department’s intelligence division asked about her personal history, her relationship with other protesters, the nature of Occupy Wall Street and plans for upcoming protests.

“I felt like I had been arrested for a thought crime,” she said. …

Independent Agency Gets New Powers to Prosecute New York Police Officers, New York Times, March 27, 2012  – Lawyers for the independent agency that investigates allegations of police abuse in New York have been given wide new powers to prosecute officers in misconduct cases under an agreement city officials reached on Tuesday.

The changes follow a period in which the Police Department has withstood an onslaught of corruption cases and increased scrutiny on several fronts, including its surveillance and stop-and-frisk practices, the integrity of its crime data and its use of force in policing Occupy Wall Street protests.

Details of the agreement were contained in a memorandum signed on Tuesday by the department and the independent oversight agency, the Civilian Complaint Review Board.

The changes are intended to shine light on a police disciplinary process that critics have long said is murky and secretive.  …

Firm Romney Founded Is Tied to Chinese Surveillance– New York Times – Mar 16, 2012 – BEIJING — As the Chinese government forges ahead on a multibillion-dollar effort to blanket the country with surveillance cameras, one American company … 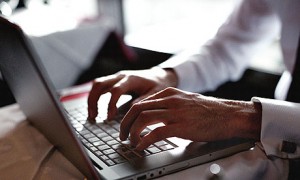 It is expected that the new system will allow security officials to scrutinise who is talking to whom and exactly when the conversations are taking plac, but not the content of messages.

Labour tried to introduce a similar system using a central database tracking all phone, text, email and internet use but that was ditched in 2009. It followed concerns raised by internet service providers and mobile phone operators over the project’s feasibility, and anxieties over who would foot the bill.

The coalition’s proposals are likely to be introduced in the Queen’s speech on 9 May and will centre on internet service providers gathering the information and allowing government intelligence operatives to scrutinise it.

“It is vital that police and security services are able to obtain communications data in certain circumstances to investigate serious crime and terrorism and to protect the public,” said a Home Office spokesman, who said the plans would be brought forward “as soon as parliamentary time allows”.

“We need to take action to maintain the continued availability of communications data as technology changes. Communications data includes time, duration and dialling numbers of a phone call, or an email address. It does not include the content of any phone call or email and it is not the intention of government to make changes to the existing legal basis for the interception of communications.”

Civil liberties campaigners have strongly criticised the revival of the plan because of the risk it could breach the privacy of law-abiding Britons.
“Whoever is in government the grand snooping ambitions of security agencies don’t change,” said Isabella Sankey, director of policy at Liberty.

“The Coalition agreement explicitly promised to ‘end unnecessary data retention’ and restore our civil liberties. At the very least we need less secret briefing and more public consultation if this promise is to be abandoned”.

The intention to introduce the new system was signalled in the Strategic Defence and Security Review, published in 2010. It announced that as part of efforts to counter international terrorism, the government would “introduce a programme to preserve the ability of the security, intelligence and law enforcement agencies to obtain communication data and to intercept communications within the appropriate legal framework”.

It said communications data has played a role in every major counter-terrorism operation carried out by the security services and in 95% of all serious organised crime investigations.

It said any changes would be “compatible with the government’s approach to information storage and civil liberties”.

WILL ORWELL’S ALL WATCHING EYE BECOME REALITY IN THE UK?, Sky Valley Chronicle, April 1, 2012 – “The society was one of perpetual war, pervasive government surveillance, and incessant public mind control, all controlled by the totalitarian “cult of personality of Big Brother,” the deified Party leader who rules with a philosophy that decries individuality and reason as “thoughtcrimes.” …