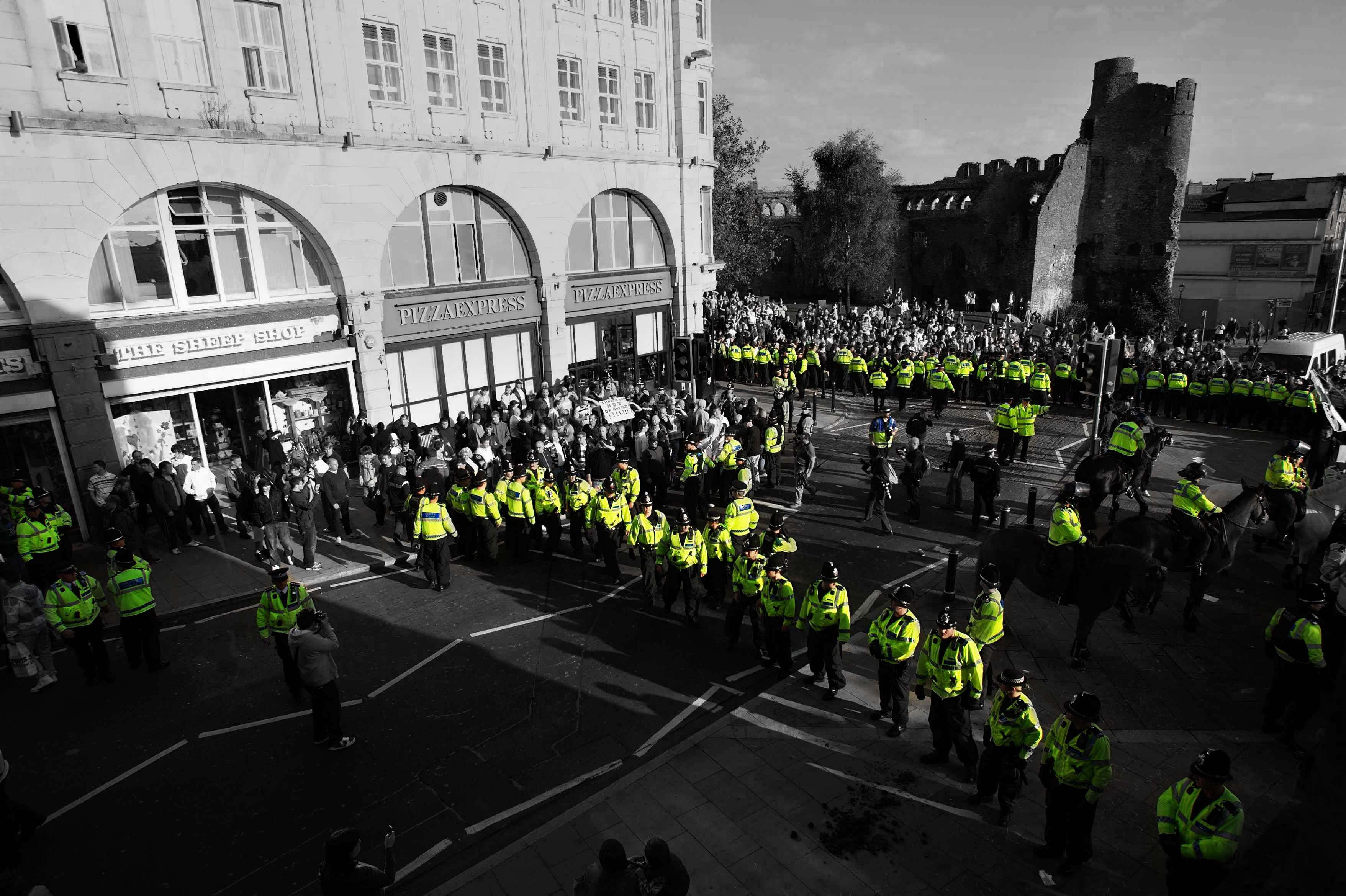 An undercover investigation by BBC Wales into a group campaigning against Muslim extremists has found links with neo-Nazi supporters. Secretly-filmed footage in Monday’s Week In Week Out programme also exposes criminal activity among some Welsh Defence League (WDL) supporters. Publicly, the WDL says it is a non-racist organisation. A judge who has examined the evidence in the programme said some were acting to “inflame racial hatred”.

The WDL – aligned to the English Defence League – was set up last year by an ex-soccer hooligan and author Jeff Marsh in response to Muslim extremists abusing troops returning from Afghanistan. It has attracted hundreds of followers and held demonstrations in Cardiff, Swansea and Wrexham.

Posing as a new member of the group, an undercover journalist accompanied a number of Welsh supporters to a protest. Some were caught on camera and online, making racist comments about Muslims. Two admitted involvement in racist violence at demonstrations organised by the defence leagues in other parts of the country. One invited other WDL followers to join him in burning a Koran and joked online about how best to kill black people. Another talks about driving Muslims out of the south Wales valleys.

Examining the evidence in the special programme, Judge Mark Powell QC said: “It’s mindless, it’s racist, the purpose of what they are doing is to inflame racial hatred. I think from what you have shown me it is criminal behaviour and no doubt something that the police would want to look at.”

“I think every mainstream politician in Wales, wherever they are based, should make it a priority to talk to young people to explain the WDL is in a long line that goes back through the Nazis. And I don’t say that lightly because, that is the exact political situation in which Hitler was able to come into power because mainstream politicians did not deal with the grievances in Germany. 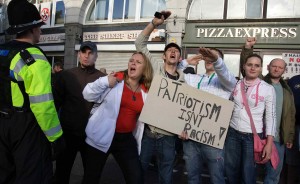 “Now I’m not suggesting the WDL is anything like as powerful as Hitler’s Nazi party became, the WDL is a tiny marginalised party, but once you allow these groups to gain credibility that’s where you could end up.”

Jeff Marsh, who uses a variety of aliases and wears a balaclava to broadcast online, says he has disbanded the WDL because of the racist element. He has set up another organisation against Muslim extremists called The Welsh Casuals. He insisted that the group is non-racist.

Another group calling itself the Cymru Defence League has emerged out of the WDL.

The English Defence League now has around 60,000 followers on the social networking site Facebook and thousands have attended protests around Britain.

Saleem Kidwai of the Muslim Council for Wales said most people were opposed to extremists.

“We can condemn them as much as anyone else. They are misguided youngsters being misinformed and used by extremist ideologues who want to use religion for their own political motives. The programme also highlights the potential cost as police forces are called to marshall demonstrations, both by the WDL and the counter-demonstrations they could spark.

“I think it’s a very significant threat,” he said. It’s one I know the police service are taking very seriously, together with the Home Office and local authorities.”

From other news sites