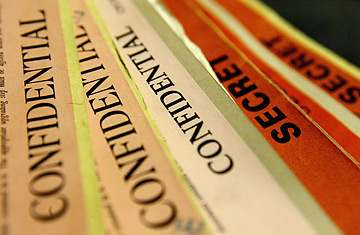 Attorney General Robert McClelland said Australia cooperated on security matters with international bodies, but refused to say whether authorities had shared information about the Australian-born Assange.

“It’s not the sort of thing that I would comment on, but again, we do cooperate with respect to a number of matters internationally,” he said in comments reported by the Sydney Morning Herald.

WikiLeaks in June released close to 77,000 files from the US military about the Afghan war, some of which alleged that Pakistani spies met the Taliban and that deaths of innocent civilians by foreign forces were covered up. The documents also included names of some Afghan informants, prompting claims that the leaks have endangered lives.

Assange has denied that the release of the confidential documents had jeopardised the safety of people, telling an audience in London on Thursday that the site aimed to protect people.

“We do not have a goal of innocent people being harmed. We have precisely the opposite goal,” he said at London’s City University.

The 39-year-old, who has applied for a permit to live in Sweden, has claimed that he is a victim of a “smear campaign” aimed at discrediting his website over the release of the secret US documents.

WikiLeaks is expected to reveal another 15,000 files shortly.