Hungary says ex-soldier Charles Zentai suspected of beating the teen to death in Budapest in 1944 for failing to wear a star identifying him as a Jew; Zentai, now an Australian citizen, has denied the allegation, and has been fighting extradition since 2005.

By Dan Goldberg and Ofer Aderet

The Australian government will not surrender alleged Nazi war criminal Karoly (Charles) Zentai to his native Hungary on a war crime charge following a High Court ruling that has been slammed by Jewish officials, Holocaust survivors and Israel’s leading Nazi hunter.

The long-awaited ruling, handed down in Canberra on Wednesday, dismissed an appeal by the federal government into an earlier Federal Court judgment that Zentai could not be extradited because war crimes was not an offense in Hungary on November 8, 1944 – the date Zentai is accused of helping murder Peter Balazs in Budapest.

Zentai, who was a cadet sergeant in the pro-Nazi Hungarian army, has vehemently denied he helped murder the 18-year-old Jew for not wearing the mandatory yellow Star of David before dumping his body in the River Danube. The 90-year-old Perth pensioner, who was first arrested by Australian Federal Police in 2005, claimed he left Budapest the day prior to Balazs’s murder. 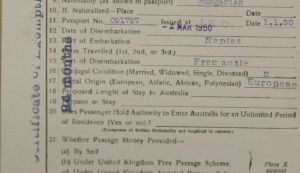 In their 5-1 verdict, the judges argued that the extradition could not be approved because the Hungarian authorities had requested Zentai’s surrender for war crimes, which was not an offense under Hungarian law at the time.

But the judgment was met by a chorus of condemnation.

Michael Danby, a Jewish legislator of the governing Labor Party, slammed the verdict as “appalling.”

In a speech to be delivered in parliament in Canberra tonight, Danby said Hungary enacted laws in 1945 to retrospectively make war crimes an offense.

“Now when a country seeks to pursue and even investigate the crimes of former Nazis like Zentai they will be prevented from doing so by a blockheaded majority of High Court judges,” he said. “Those who voted for it shall live in infamy.”

Danby said he had already approached the Hungarian ambassador to ask whether officials in Budapest will seek Zentai’s extradition for murder.

Israel’s chief Nazi hunter, Dr Efraim Zuroff, who has pursued this case since 2005 when the Simon Wiesenthal Center’s Operation Last Chance helped flush out Zentai’s whereabouts, said the decision was “a travesty of justice.”

“I’m fuming, I’m fuming. It’s simply awful, a total failure on Australia’s part. They live on a different planet. The decision not to extradite him is simply a scandal,” said Zuroff. “The last Nazi hunter.”

“Australia totally failed in terms of extraditing Nazi criminals – as opposed to other English-speaking countries, like Canada and the U.S,” he said. Zuroff also staunchly criticized the reasons stated for the failure to extradite, saying “There are a ton of legal precedents in which people were tried for crimes that weren’t in the law books when they were committed. The Nuremberg Trials were based on that.”

But he said the decision was “not a reflection of Zentai’s guilt or innocence.”

Australia has “totally failed” on the issue of Nazi war criminals, he said. “It pains me to criticize Australia. But it has officially confirmed its status as the worst of the Anglo countries which sought to take legal action against Nazi war criminals.”

He noted that in 1987 Australia’s government opened a Special Investigations Unit and investigated 841 suspects but it closed five years later without a single conviction.

“That was a disaster and we’re paying the price to this day,” Zuroff said. “The only people who benefitted were the Nazi war criminals whose haven in Australia proved to be the right choice.”

But he vowed the fight for justice is not over, even if Zentai – believed to be Australia’s last Nazi war crimes suspect – will not be extradited. “Last month we caught a big Nazi criminal,” he said referring to Laszlo Csatary. “It may be over in Australia but it ain’t over elsewhere.”

Marika Weinberger, 84, a Hungarian-born Holocaust survivor whose mother and two grandmothers perished at Auschwitz, said: “It does not come as a surprise. Yes, I am disappointed. Yes, I am sad. But I am not surprised.”

She said although she was a “proud Australian” governments on both sides of politics had “never spoken up hard enough.

“We remain the only country who could have and should have” convicted Nazi war criminals. “This is why it hurts. I can’t understand it.

“I would have liked to live long enough that at least one would be convicted so that we would show the world we care. But we didn’t.”

Anna Berger, the president of the Australian Association of Holocaust Survivors and Descendants, described the decision as “regrettable.” But she said as Australian citizens “we are loyal and grateful to this country for the shelter it gave us and we respect the laws of the land even if we don’t like the decision.”

Dr Danny Lamm, president of the Executive Council of Australian Jewry, said in a statement: “The decision of the High Court will of course be respected and adhered to even though to many people it will seem like the triumph of narrow formal legalism over substantive justice. It will be distressing to many that Zentai will now live out his final days untroubled by any prospect of having to account for his past actions.”

The federal government approved Zentai’s extradition to Hungary in 2009 but the decision was overturned on appeal in the Federal Court in 2011. The government then sought the ruling of the justices of nation’s highest court, who reserved their decision in March before dismissing the appeal today.

Zentai is not the first alleged Nazi war criminal to avoid facing his accusers. Konrads Kalejs, an alleged leader of Latvia’s notorious Arajs Kommando unit, accused of murdering thousands of Jews and gypsies in Riga in 1942-43, died in Australia in 2001 while awaiting a court decision of whether he should be extradited to his native Latvia.