Amy Goodman has a Conspiracy Theory 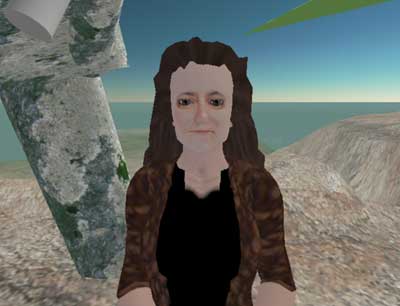 Pacifica’s Amy Goodman and her guests, who tend to represent the establishment left, berate “conspiracy theorists.” I have never been invited on “Democracy Now!” and any conspiracy researcher who has set foot in Amy’s studio has been treated like a squirrely confabulator on anti-depressants. But, I noted long ago, Goodman, Chomsky and other establishment liberals on “Democracy Now!” have granted themselves license to partake freely in the same sort of conspiracy research that I am banned for engaging in:

Amy Goodman, from “New Evidence Suggests Guatemalan Presidential Candidate Played Role in 1998 Murder of Human Rights Activist Bishop Juan Gerardi”: ” … General Perez Molina commanded troops in one of Guatemala’s most violent areas and has been implicated in a number of political crimes. Now, new evidence suggests Perez Molina may have orchestrated the 1998 murder of beloved Guatemalan human rights activist, Bishop Juan Gerardi. Known in Guatemala as ‘The Crime of the Century,’ Gerardi was bludgeoned to death near his home in Guatemala City on April 26th, 1998. Two days earlier, he had released a four-volume report that found the Guatemalan Army primarily responsible for the deaths and disappearances of as many as 200,000 civilians over four decades. … “
http://www.democracynow.org/article.pl?sid=07/10/31/145216

If I had written this, it would be considered grounds for comparing me to a farm animal and banning me from the air. But Pacifica’s foundation-supported liberal spokespeople engage – lightly but still incredibly – in the same sort of research for which I am “guilty,” yet express no shame, make no apologies, don’t even seem to realize that they are parroting me … in their own fumbling, amateur fashion …

In fact, I posted an article on the Gerardi murder plot three weeks ago.

Will Chip Berlet be appearing on the program to challenge her, point out that conspiracy theory is grist for right-wing paranoiacs, call her a “LaRouchian,” suggest that she is irrational, snicker, claim that her argument defies Aristotlean logic and the Occam’s Razor test?

Amy Goodman is a hypocrite. I am no more a “theorist” than she, and Goodman has no grounds for gatekeeping me. But, to excise the fat of condescending and hypocritical excuses, the conspiracy genre is not the reason that I AM BANNED by Pacifica program hosts.

Censorship of issues related to fascism – deconstruction of the inherent political conspiracies (example: the murder of Guatemalan bishops) is the reason that I’ve been excluded by the establishment left. But they may dabble in the forbidden art now and then …

Good Germans are often liberal, even those who can spot a conspiracy occassionally through the fog of their own dissociative ignorance … they just don’t know it. And they don’t know it because the controlled left, with its ready access to broadcast media, never told them that fascists overthrew Camelot’s monarch in 1963 and have had their blood-stained hands on the helm of the state ever since. This is a history that Goodman and Chomsky don’t want you to know.