” … Can you imagine how … American perceptions [would change] if they were allowed to see and hear the truth? … “

I’m sitting in the Ambassador Hotel in Arab East Jerusalem glued to the TV watching the al-Jazeera English language satellite news station report things about the world that we never hear about in America.

It’s amazing how much information is kept from us, although I am not really surprised that the American media is so censored and controlled and influenced that we only get a filtered version of the rest of the world. No wonder people in other countries are angry with us. They think because we are the supposed “leader of the free world” that Americans really have a “free press.” But when I see how much information is being kept from us, I am starting to wonder. No wonder President Bush and his criminal conspiracy called the Bush Administration has hammered al-Jazeera, wrongly accusing the Qatar-based TV news station of being the voice of terrorists. Listen, no where does demagoguery work more effectively than in a country where it’s citizens are naïve and think that they live in a free press country. For example, I watched on al-Jazeera a story you would never see on most American news stations. The Israeli military got into two incidents this week. The first was in response to a Hamas terrorist gun fight where a Hamas terrorist was killed. That was reported by most American media, with the emphasis on “Hamas terrorist.” What was not reported, or barely reported, was another incident in which Israeli soldiers stormed into a home in Hebron in the Israeli Occupied West Bank, and shot and killed an unarmed grandfather point blank in front of his home. When the grandmother started screaming, cursing the soldiers, the soldiers shot her. And when the son started screaming, they shot him. And when the three little grand children started crying, they shot the children, too. Wow. An event like that would make Israel’s occupation army look bad. God forbid we would allow that to happen. Better to simply not report the news than report something that might make Israel’s government look bad. Which is one reason why al-Jazeera is slandered as being the “voice of the terrorists.” How else can you justify denying the right of Americans to hear all sides of an important topic than to slander a station and denounce it, wrongly, as being terrorist sympathizers. Who wants to watch broadcasts from terrorists? Comcast Cable systems had been negotiating with al-Jazeera to broadcast the English language station, but it came under so much pressure from pro-Israel groups and from conservative groups that believe that all terrorists are Muslims that it decided not to allow the English language station to be included in the program modules offered to its huge audience. 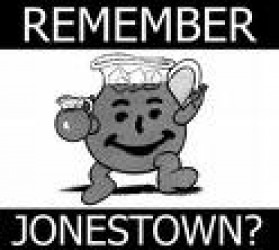 Can you imagine how that would change American perceptions if they were allowed to see and hear the truth? How can a president expect to lie about weapons of mass destruction in Iraq, for example, if we start allowing the American people to actually think for themselves? Think for themselves? That implies that Americans are smart and have brains. But we know when we control what we can watch, we are basically saying that Americans are not smart enough to figure out what is right and wrong. So, we have to control what they see and hear because, well, I guess the extremists in this country believe that Americans are just “too stupid” to figure out the truth. Don’t’ confuse the poor American people with too much free speech, because who knows, maybe they will start to believe all that garbage about how America is the “leader of the free world.” We wouldn’t want to pollute the American mind with too much information. We Americans are not that smart. We would be confused. We would make mistakes like, questioning a president who sends billions in funds to fight a war in Iraq, when he can’t find 10 million dollars to help the poor, or funds to give Americans national health care, or underwrite better programs to help our seniors, or care for the homeless, or feed the poor. But we can find billions to fight a war that we should never have fought. Because we Americans are so educated that we just believe our president when he says Iraq has weapons of mass destruction. Now we are in a growing, un-winnable mess in Iraq where three to four American soldiers are being killed everyday and we have no hope of ever winning. 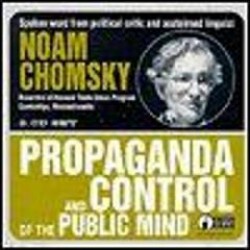 Well, if we can just keep the war going long enough to get past the next presidential election, then who cares if we lose and how high the number of American soldier fatalities reaches. The truth about al-Jazeera is that only a very small portion of the news addresses the Middle East. The station even broadcasts interviews with anti-Muslim fanatics, and presents news that really represents both sides of an issue, something we NEVER see in the American media. I did see that the American media is reporting extensively on how Venezuelan President Hugo Chavez shut down a TV station he said was anti-Venezuelan. That we will report. But when we shut down al-Jazeera’s ability to broadcast in America, it’s okay? I know I am going to get hammered by some American readers who are going to call me a traitor for daring to question our ridiculous media censorship. They’re going to say that supporting bringing al-Jazeera to America is heresy! How unpatriotic that me, a former Vietnam Era veteran, might suggest something that would help educate our so very uneducated American public. Americans are the most educated people in the world, but the least educated about the world. I’d like to change that. How about you? (Ray Hanania is traveling through the Middle East performing in the Israeli-Palestinian Comedy Tour in Israel and Palestine. You can get more information on the tour at www.IPComedyTour.com.) http://www.swnewsherald.com/online_content/2007/06/060707rh_aljazeera.php