" ... Some of the bills have been relevant or specific to Colorado, such as one to protect energy workers by limiting the president's authority to withdraw federal land or waters from energy production activity. ... She also sponsored the House version of a bill to protect lands around the Dolores River, introduced in the Senate by Democrats. ... Heritage Action gave her a 98 percent on its conservative voting scorecard, while the American Conservative Union gave her a 100 percent rating. ..." 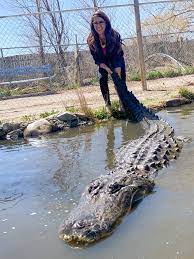 GOP incumbent Rep. Lauren Boebert, whose support of the 2nd amendment and Trump-like social media presence propelled her into the House of Representatives two years ago, is running for reelection as a no-compromises conservative.

From vowing to carry her handgun on Capitol Hill to Islamophobic comments about Democratic Rep. Ilhan Omar, to heckling the president during the State of the Union, Boebert’s controversial actions have rapidly made her the highest profile member of Colorado’s congressional delegation.

She goes into her first reelection campaign in a strong position: an incumbent with national name recognition and just under $2 million in campaign cash on hand in the last six weeks before the election.

The Boebert campaign declined a requests for an interview and did not return answers to emailed questions for this article.

While she has gained praise from like minded conservative Republicans, her actions have also brought her criticism from both sides of the aisle. Still, Boebert gained leadership experience during her freshman term, first as co-chair of the 2nd Amendment Caucus and more recently with her election to communications chair for the House Freedom Caucus.

When she announced her reelection bid, Boebert said Republicans don’t just need to win back the House this November, “we need to take the House back with fearless conservatives, strong Republicans, just like me.”

Boebert has been campaigning for other conservative Republicans, as well as giving money to reelection campaigns through her leadership PAC. She’s also become a regular fixture at conservative conferences, such as Conservative Political Action Conference meetings.

Boebet sits on the House Natural Resources and Budget committees. She has introduced 39 pieces of legislation as of the end of September and dozens more amendments, none of which have been taken up on the floor of the House.

Some of the bills have been relevant or specific to Colorado, such as one to protect energy workers by limiting the president's authority to withdraw federal land or waters from energy production activity and another to institute new wildfire mitigation measures. She also sponsored the House version of a bill to protect lands around the Dolores River, introduced in the Senate by Democrats Michael Bennet and John Hickenlooper.

But much of her legislation has been geared towards red meat issues for her conservative base, with everything from border security and an anti-trans bill to articles of impeachment against President Joe Biden and Vice President Kamala Harris.

In recent weeks, Boebert signed onto a bill that would ban abortion after 15 weeks, with exceptions for rape, incest and the life of the mother and joined most Republicans in voting against a House bill to codify protections for same sex marriage. She has been in strong opposition to the Democratic-backed Colorado public lands bill known as the CORE Act, which would increase protections on 400,000 acres of federal land, much of it in her district.

Boebert has voted against several recent bipartisan bills, including the PACT Act, which expanded VA benefits to veterans exposed to burn pits and other toxins, the infrastructure bill (which only 13 House Republicans voted for), and the reauthorization of the National Marrow Donor Program (TRANSPLANT Act), where she was one of only two House members in opposition.

And like GOP Rep. Doug Lamborn, Boebert objected to the 2020 presidential election results for Arizona and Pennsylvania.

At the September Club 20 debate, Boebert defended her voting record; she took issue with the process by which some bills were brought to the floor or the lack of time to read legislation, especially big bills like the omnibus spending packages. She blamed House Speaker Nancy Pelosi for those issues.

“She slaps a great name on a horrible bill, loads it up with thousands of pages, pages of spending that we don't need and we can't afford. And then she forces a vote in the dead of night with no time for any of us to actually read the legislation,” Boebert said. “I voted against bill after bill of Nancy Pelosi's con game.”

Many of Beobert’s no votes did not come in the dead of night, and she has also taken advantage of the power lawmakers have to name their bills, introducing legislation with titles like the “Stop AOC Act” and the “We’re Not Paying You To Break Our Laws Act.”

Boebert also touted her record, including her role in the dismantling of the Department of Homeland Security’s Disinformation Governance Board.

When it comes to ideology, Heritage Action gave her a 98 percent on its conservative voting scorecard, while the American Conservative Union gave her a 100 percent rating. However, the Lugar Center ranked Boebert 433 out of 435 in its 2021 bipartisanship index, which is based on how often a lawmaker can get a member of the opposite party to sign onto their legislation and how often they sign onto legislation from the opposite party.

She did join a bipartisan group of state lawmakers to oppose a plan to transfer water from the San Luis Valley to Douglas County and has signed on to bipartisan letters to keep Space Command Headquarters in Colorado. She was also vocal in the push to keep the BLM headquarters in Grand Junction, and celebrated the Interior Department’s decision to keep some senior staff based there.

Along with other Colorado Republicans, Boebert opposed the return of earmarks, and has not filed requests for any. She argues she has delivered for the district through provisions in funding bills that she voted against.

Boebert is the former owner of Shooters Restaurant in Rifle, where wait staff carried guns and which defied COVID-19 restrictions early on in the pandemic. She shot to fame in September 2019 by challenging then-presidential hopeful Beto O'Rourke at a campaign event in Aurora over his pledge to ban assault-style firearms. Boebert’s husband earned close to half a million dollars as an oil and gas consultant in 2020 and 2019, which she didn’t disclose during the 2020 campaign. Her most recent financial disclosure did not reveal income earned by her husband in 2021.