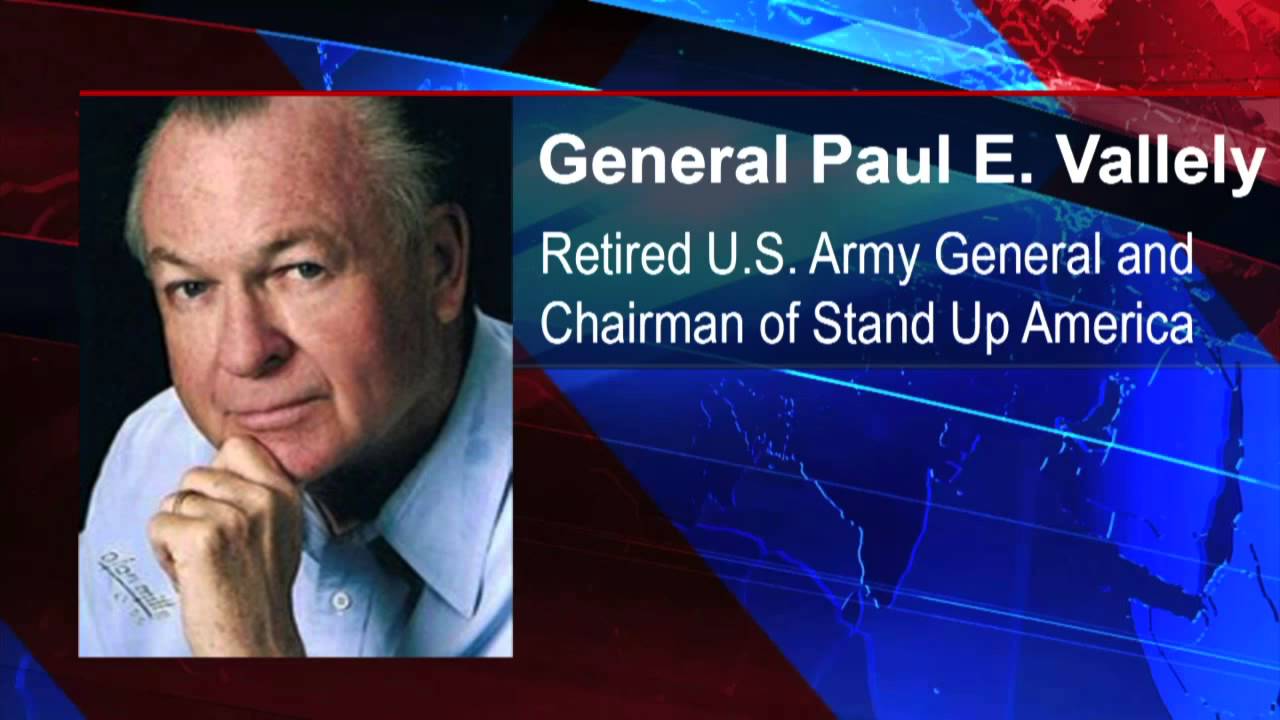 The last segment I wrote received an unprecedented NewswithViews publisher’s disclaimer. The opinions expressed were solely those of the author. Obviously, to my eye, the publisher had been put under extraordinary pressures. That is not surprising seeing that I had tackled a characterized “darling of the Tea Party” who had been a commander in military PsyOp operations. Those operations were designed to convince the “enemies” – foreign and domestic – that they had already lost and all resistance was futile. I learned of intense pressures having been put on my publisher (NWV) and that the disclaimer had been necessary for their protection.

For those who missed that last segment, my article had an unexpected inspiration. I was invited by some very nice Michigan people to become part of the Board of Directors of “Women Defending America.” I was told that the organization had been proposed by three generals. The women were to be organized in uniformed battalions. When I half jokingly told my inviting person that “you reaize that you will be accused of forming a Fascist brigade”, she told me that one of the Generals proposing the operation told her that they only reason America had not been “taken over” yet was because too many of her citizens were armed. Towards the end of our otherwise congenial meeting, I casually asked her for the names of the three generals. “McInerney, Vallely, and Boykin” was the reply.

It was a nearly mid June Friday night. I do a regular two hour internet radio (TMERadio.com) broadcasts on Saturday mornings. I often sit at my computer late on Friday nights preparing for them. At about 11:30 p.m., I recalled my conversation and thought that maybe I’d better check the Generals out while I still recalled their names. Fully expecting to find stars, bars, Purple Hearts, and military commendations only, I first Googled “McInerney.” Up popped several “people also search for” pictures. One was “Paul Vallely.” I recalled that was the name she mentioned as the one who told her why America had not yet “been taken over.” I clicked that link and was astounded to come up with references on the first page of hits on his name only to his association with Satanic leader, Michael A. Aquino. Dumbfounded, I then Googled the terms “Aquino” and “Vallely” and came up with many hits. I made an improvident 11:45 call to the lady who graciously invited me in good faith to be part of the Board for WDA. I left a message that I was disturbed to find links to Satanism in connection with one of the Generals. I could not afford to have my name associated with that and hopefully she would not either.

Chagrined that I had nearly stepped into this, I made an immediate blog posting to my own site, “My Perspective” with the suggestive title of “Watch Where You Walk – I Nearly Stepped into This One!” I did a cut and paste of the Googled hits as illustrations of the “Hidden Dangers” I had nearly failed to miss.

I then made a search of my personally archived computer files and again was shocked to see that I had identified Paul Vallely in Vol. 1, No. 2, June 1986 newsletter as Michael Aquino’s ongoing patron and protector in the military. I had received that information from impeccable sources, including a former lady friend of Lt. Colonel Michael Aquino, former minister in Anton Szandor LaVey’s Church of Satan, and founder of the equally if not more Satanic Temple of Set.

Not reaching the lady who invited me – a woman who was heavily emotionally and financially invested into what she thought was good and right for our country, I then tried reaching out to others. I perused the materials I had been given at that meeting for WDA and located another officer, a fine Christian lady. I reached her with the information together with a letter I was sending to the inviter. She thanked me, but then called me back saying she had spoken to a “prayer partner” and instead wanted me to draft a new bylaw for that organization saying they did not support Satanism in any way.

My research then dismayingly told me that General Vallely had been very busy and very successful even with many of my long time friends and supporters in the struggle against the New Age Movement. I reached as many of those people as I could. Some seriously listened, some so far are awaiting more evidence.

This was not the first time General Vallely had encountered references to the Aquino association. When Colonel Riley proposed a 10 million man march on Washington using an “Arab Spring” (Operation America Spring) model of bringing down a government. Reportedly, that plan had been endorsed by General Vallely. Many had come forward with the Satanic charges then. Through his website, General Vallely had made veiled threats that they needn’t bother purging their websites of the “ridiculous allegations” – he already had them archived and they would hear from his lawyers. He told them that attempts to “defame a reputation” were actionable slander and libel. He forgot to tell them that in the law, at least in the USA, truth is an absolute defense.

He was practicing the PsyOp art of convincing his opposition that “all resistance is futile” to the ultimate degree!

General Vallely, per the Michigan WDA leaders, sent the following (via Scott Winchell, his editor) to their organization. They forwarded the same to me via email:

Back in early 1980s, Vallely was Commander of the 7th Psychological Group, a Colonel at the time. Colonel Paul Vallely was assigned by Army senior officers to study what the Soviets were doing about mind control, or what we now refer to as Psychological Operations.

The Army and Col. Vallely assigned Major Michael Aquino to prepare a draft and analysis for a final paper on the subject.

Conspiracy theorists post scurrilous and defamatory allegations on the internet

Shortly thereafter, it was learned that Major Aquino was associated with the Temple of Set, based and registered in California, founded in 1975. The church was a Satanist sect and was actively recruiting members in the Army and Army Headquarters was none-too-pleased.

An Army General then assigned Col. Vallely to investigate the case and report the findings to the Department of the Army in Washington. Colonel Vallely was the one who conducted the investigation and determined the facts.

He was closely associated with the movie “Rosemary’s Baby” from 1968. There was even a study on “Staring at Goats” which was made into a movie in 2004.

Col. Vallely reported his findings but Army lawyers could do nothing as the church was classified as a religion under the First Amendment, freedom of religion. Aquino and the other officers were reassigned and stayed in the Army for sometime after.

MG Vallely is a devout Catholic and at no time was he ever involved with the Satanists of the Temple of Set or anything other than Catholicism.

Aquino himself has said that MG Vallely and he were not working to establish any CIA or Nazi derived program. That is in his words: “assorted cranks tried to make a public issue out of this paper just because of its catchy title… that paper had no connection to MK-Ultra, nor Paperclip, nor any crazy Nazi experiments.”

As you can see, it is only because of these studies that were performed, and there were a great many performed in other areas, do crackpots like [names withheld] try to force some conspiracy theory that we are all under mind control operations.

I responded to this material in my NewswithViews article. I spent a little money doing my research. I ordered both the Kindle and the oversized book, EXTREME PREJUDICE. General Vallely claimed that neither he nor the army knew about Aquino’s Satanism until after he and Michael Aquino did the joint paper commissioned by General Vallely in 1980.

• He investigated on behalf of the Army to see if Michael Aquino was a Satanist.

As shown in the above video clip of the Oprah Winfrey Show of February 1988, Michael Aquino plainly says that the Army knew of his Satanic religion from his original commissioning in 1968. This was a full 12 years before the Aquino-Vallely project in 1980.

As might be expected, some of the leadership of the Michigan group is most unhappy with me. Some thanked me and resigned their WDA posts rather than work further with General Vallely. I understand the lady who invited me to join the Board protested that even if true, the information published in my newsletter was nearly 30 years old. That is true.

What is not old, however, is the obvious lie told by General Vallely that he was charged with investigating Michael Aquino AFTER their joint operations. Clearly, he and the others in the military – particularly their brand of “military intelligence” knew of Aquino’s open Satanism. Clearly, Vallely knew of Michael Aquino’s Welwelsburg Working in 1983, 3 years before I wrote my newsletter with information from credible sources that “Brigadier General Paul Vallely” was Michael Aquino’s protector.

While Michael Aquino has tried hard to protect General Vallely by saying that only the internet put their Mindwar “professional relationship” at issue,Aquino’s own books, some even available for free on the internet, tell plenty about New Age and deeper Satanic influences in the military.

I respectfully suggest you run your virus checker software before and after using these links, should you decide it is necessary. It was necessary for my research and my virus checker discovered numerous tracking links that were promptly quarantined and/or deleted.

All those paths converge to the same ultimate destination. In addition to “watch where you walk,” to avoid stepping into something unpleasant, may I respectfully suggest, “you don’t want to go THERE.”Unfortunately, the influences in the military are broader and deeper. Aquino’s own books plainly reveal the deep cross-pollination. Aquino exemplifies the “left hand path” of Satanism. Other facets of the New Age are sometimes called by adherents, the “right hand path.”

Part 3 will discuss “Chaos Theory” and how it is playing into military and other society changing scenarios. In the meantime, “watch where you walk!”

[Disclaimer: This article is the sole opinion of Attorney Constance Cumbey and not necessary the opinion of NewsWithViews, it’s staff or other contributing writers.]

Constance Cumbey is an active Michigan lawyer. Constance practices her profession primarily in, Southeastern Michigan, USA. Sometimes she also works in what she calls her “old stomping grounds” of Michigan’s State Capital, Lansing, Michigan where she practices administrative, state law related matters. She’s enjoyed active and stimulating careers in government, politics, law and as a published and translated author. In the past she served as a national officer of the National Association of Women Lawyers and chaired the Family Law subcommittee of the General Practice Section of the American Bar Association.

Before beginning her legal career, she worked as a legislative analyst for the Speaker of the Michigan House of Representatives, and while in law school as a consultant to the Appropriations Committee of the Michigan State Senate. She also served as the first charter position Executive Assistant to the May or of the Detroit enclave City of Highland Park, Michigan. Seven years into her legal career, she went on to become the author of the first major critical book about the New Age Movement, THE HIDDEN DANGERS OF THE RAINBOW: The New Age Movement and our Coming Age of Barbarism(1983); A PLANNED DECEPTION: The Staging of a New Age Messiah (1986). Currently, she’s completing a volume about Javier Solana, the Barcelona Process, Israel and the European Union.