President Nicolas Sarkozy’s office has been accused of using counterintelligence services to stop leaks about an investigation into the finances of France’s richest woman. 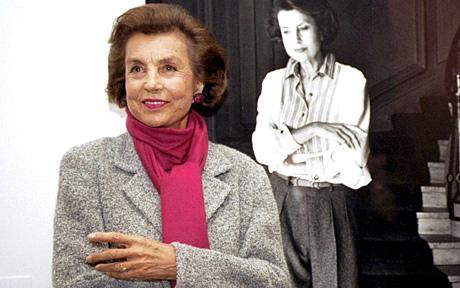 Le Monde, the country’s most-respected newspaper, said it was suing for “violation of the secrecy of sources”, accusing the Elysée of asking its domestic intelligence service (DCRI) to identify a source in the scandal surrounding Liliane Bettencourt, the L’Oréal billionaire.

The scandal seriously damaged Mr Woerth’s credibility as he prepared to present a key pension reform to parliament, and has helped keep Mr Sarkozy’s approval ratings at all time lows.

Citing its own sources from within the domestic intelligence service and national police headquarters, Le Monde claimed the Elysée ordered the French MI5 to find out who had leaked to one of its journalists testimonies by Mrs Bettencourt’s entourage, given as part of a preliminary inquiry in mid-July.

Leaked details of a conversation with Mrs Bettencourt’s wealth manager led Le Monde to report that Mr Woerth had urged him to take on his wife as an employee in 2007 just five months before Mr Woerth awarded him the Legion d’Honneur, a top French honour.

Reportedly “furious” at the leaks, the Elysée had intelligence services find the source by acquiring the telephone call lists of several suspects, Le Monde alleged. The DCRI linked a Le Monde journalist to a justice ministry worker, who was subsequently demoted and relocated, it said.

Le Monde said the spying was “illegal” and all the more outrageous as it violated a law protecting journalists’ sources proposed by Mr Sarkozy and enacted in January of this year.

It said the press’ importance as a counter-power was vital as the Bettencourt investigation is being conducted by the public prosecutor’s office – answerable to the justice ministry – and not an independent investigating magistrate.

The Elysée firmly denied using the counterintelligence services. “The presidency emphasises the fact that it has never given the slightest order to any service whatsoever,” said the Elysée in a statement.

In April, the DCRI chief, Bernard Squarcini admitted that the Elysée had ordered his service to find out who was behind rumours that Mr Sarkozy and his wife were both having affairs. Following the inquiry, Rachida Dati, the former justice minister, was stripped of her bodyguards and ministerial car and declared persona non grata by the Elysée. She denied any involvement.

Le Monde has been in Mr Sarkozy’s sights ever since it was taken over this summer by a trio of left-leaning millionaires including Pierre Bergé, Yves Saint Laurent’s former partner.