DOVER, Del. (AP) — Police in Delaware have released dashcam video showing a white police officer kicking a black suspect in the face as he puts his hands on the ground. The officer was charged this week with assault.

Dover police released the August 2013 video Thursday after a federal judge ruled last week that it was no longer considered confidential. The judge’s ruling came in a lawsuit filed on behalf of the suspect by theAmerican Civil Liberties Union.

Recorded by another officer’s dashboard camera, the video shows Dover Cpl. Thomas Webster IV kickingLateef Dickerson after Dickerson gets down on his hands and knees in response to commands to get on the ground.

Dickerson, 30, was knocked unconscious and suffered a broken jaw, police said in a news release after Webster was charged.

Webster, 41, was arrested Monday and placed on unpaid leave after a grand jury indicted him for second-degree assault. A previous grand jury declined to indict Webster in March 2014, and the U.S. Attorney’s Office, after reviewing the case, found no violation of Dickerson’s civil rights.

“We believe that the video demonstrates the need for large-scale reform of the Dover Police Department, specifically improvements to their use of force and internal affairs practices, and supervision of their officers,” said Kathleen MacRae, executive director of the ACLU of Delaware.

“The people of Dover have a right to know about this incident and deserve a dialogue with law enforcement about how they can create a safe and equitable Dover community for all.”

Webster and a second officer encountered Dickerson while responding to a fight at a local service station possibly involving someone with a gun. Court records show that Dickerson has a long criminal history. He was arrested by Dover police last July after a traffic stop for expired tags and was charged with DUI and several weapons charges, including possession of a firearm by a person prohibited, carrying a concealed deadly weapon and receiving a stolen firearm.

Webster’s attorney, James Liguori, said once the dashcam video from Webster’s own patrol car and audio from the dispatch center come out, “everybody’s going to be satisfied that no crime was committed.”

“They’ve only seen half the movie.”

The president of the Central Delaware Branch of the NAACP criticized the police department’s decision to release the video, saying he feared it could lead to unrest before his group has had a chance to meet with members of the community.

“This premature release I don’t believe sends the right message, and it places unnecessary risk on members of the community,” said La Mar Gunn.

Gunn said the release of the video was an attempt by police to “control the narrative.”

Police said they had not received any tangible threats of violence, but that they had notified store owners and local schools that the video was being released.

“This is just us being pre-emptive. … It’s obviously a concern with the lawlessness that we’ve seen across the country,” said Lt. Jason Pires, the police department’s patrol unit commander.

Mayor Robin Christiansen said at a hastily arranged news conference that the city will honor the First Amendment rights of citizens to protest.

“But I must assure the members of our community that lawlessness and violence will not be tolerated,” he said.

Webster was placed on paid leave in November 2013 pending an internal investigation and a review of the case by then-Attorney General Beau Biden‘s office, which took the case to a grand jury but failed to get an indictment against Webster.

Police have said they “acted accordingly” after an internal investigation found that Webster’s action did not comply with department policy, and he returned to patrol duty in June 2014.

Attorney General Matt Denn, who took office in January, reviewed the case last week and instructed prosecutors to present it again to a grand jury.

With the NSA’s bulk surveillance ruled illegal, the debate on the Patriot Act should be reinvigorated – with Edward Snowden free to join in

On 6 June 2013, the Guardian published a secret US court order against the phone company Verizon, ordering it on an “ongoing, daily basis” to hand over the call records of its millions of US customers to the NSA – just one of numerous orders enabling the government’s highly secret domestic mass surveillance program. Just days later the world learned the identity of the whistleblower who made the order public: Edward Snowden.

Now, almost two years later, a US court has vindicated Snowden’s decision, ruling that the bulk surveillance program went beyond what the law underpinning it allowed: the US government used section 215 of the Patriot Act to justify the program. A US court of appeals has ruled the law does not allow for a program so broad. In short, one of the NSA’s most famous and controversial surveillance programs has no legal basis.

Of Snowden and the NSA, only one has so far been found to have acted unlawfully – and it’s not Snowden. That surely must change the nature of the debate on civil liberties being had in America, and it should do so in a number of ways.

The first is the surprisingly thorny question of what to do with Snowden himself. The whistleblower is in his second year of exile, living in asylum in Russia, as he would surely face criminal prosecution should he return. The nature of the punishment – and pre-trial mistreatment – meted out to Chelsea Manning shows his fears are well founded.

But now the courts have ruled that Snowden’s flagship revelation, the very first and foremost of the programs he disclosed, has no legal basis, who now might challenge his status as a whistleblower?

Certainly not Judge Sack, who in his concurring opinion alongside today’s rulings acknowledged Snowden’s revelations led to this litigation, and likened his disclosures to Daniel Ellsberg’s famous “Pentagon Papers” leak.

The philosophy of privacy: why surveillance reduces us to objects
Michael P. Lynch 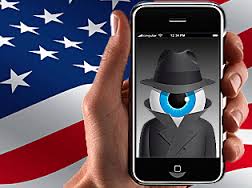 If the US government seeks to jail someone who has shown its own security services acting unlawfully, its international reputation will deservedly take a beating. If the US wants moral authority to talk to other governments about whistleblowers and civil liberty, it needs to be brave: it needs to offer Snowden amnesty.

The other actions for the US executive and for Congress are broader. The court of appeals judges very deliberately chose not to consider the constitutionality of NSA bulk surveillance programs, as such questions are currently before Congress with the ongoing debate on how to reform the Patriot Act.

Congress should allow this ruling to reinvigorate that debate, and in a sense the ruling forces it to do so. If Congress want a law that allows phone surveillance on the scale of the NSA’s existing programs, it will have to explicitly create that: gone is the option of trying to push through something near the status quo with a fringe of reform.

For domestic bulk surveillance to continue and be legal, Congress must explicitly vote for it – and then, in time, the judicial branch will consider the constitutional case in earnest.

If Congress sincerely wishes to curb it, it now has substantial backing from the judicial branch to push forward and do that. Reformers finally have the jolt in the arm they needed to prevent the positive impact of Snowden’s revelations dribbling away.

The president could also use this ruling as an opportunity to consider his stance. The line endlessly aired by the administration and its officials is that all surveillance is legal. That line is no longer valid. Rather than just seeking a new script – or as is almost certain, merely appealing against the decision – this could be a great opportunity for some introspection. These surveillance programs are wildly expensive and have very few proven results. Why not look at which ones the US really needs, and whether old-fashioned targeted surveillance might not keep us all as safe (or safer), and freer too?

The final debate is one that is unlikely to happen, but should: the US needs to start considering the privacy and freedom of foreigners as well as its own citizens. The US public is rightly concerned about its government spying on them. But citizens of countries around the world, many of them US allies, are also rightly concerned about the US government spying on them.

Considering Americans and foreigners alike in these conversations would be a great moral stance – but pragmatically, it should also help Americans. If the US doesn’t care about the privacy of other countries, it shouldn’t expect foreign governments to care about US citizens. There’s something in this for everyone.

These are the debates we could be having, and should be having. The judiciary has spoken. The legislature is deliberating. The public is debating. And all of it is enabled thanks to information provided by Edward Snowden.

He should be free to join the conversation, in person.