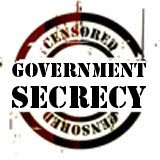 THE US  government spent more than $US11 billion to protect its secrets last  year, double the cost of classification a decade ago – and that is only the part  it will reveal. The  sum does not include  costs incurred by the CIA, the National Security Agency and other spy agencies, whose spending is –  yes  – classified.

John Fitzpatrick, head of the Information Security Oversight Office, which  oversees the government’s classification effort and released the annual report,  said that adding the excluded agencies would increase the spending total by  ”less than 20 per cent.” That suggests that the real total may be about $13  billion, more than the entire annual budget of the Environmental Protection  Agency.

The costs include investigations of people applying for security clearances,  equipment such as safes and special computer gear, training for government  personnel, and salaries.

Spending on secrecy has increased steadily for more than a decade, driven in  part by the expanding counterterrorism programs after the 2001 terrorist attacks  but also by the continuing protection of Cold War secrets dating back decades.  The total cost for 2001 was $4.7 billion, the oversight office said.

The spending report, showing an increase of 12 per cent from 2010, comes at a  time of intense public debate over secrecy and leaks of classified information.  Six prosecutions of government officials for disclosing classified information  to the news media have occurred under the Obama administration, and two new leak  investigations are under way.

The anti-secrecy group WikiLeaks set off a furore in 2010 and 2011 by  obtaining and releasing hundreds of thousands of confidential US government  documents.

But  independent experts say the ballooning classification system is the  problem, sweeping huge quantities of unremarkable information in along with  genuinely important secrets.

Steven Aftergood, who directs the Project on Government Secrecy for the  Federation of American Scientists, said: ”We are classifying far too much  information … The credibility of the classification system is collapsing under  the weight of bogus secrets.” 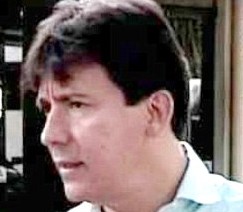 Top CIA Spy Accused of Being a Mafia Hitman
Jul 03