UK tabloids like the Murdoch-owned Sun that compared immigrants to ‘cockroaches’ recall the dark days of the Nazi media attacking those they sought to eliminate, according to the UN’s human rights chief.

He singled out an article by former game show contestant turned-commentator Katie Hopkins, published by the Sun newspaper last Thursday, in which she wrote: “Make no mistake, these migrants are like cockroaches. They might look a bit ‘Bob Geldof’s Ethiopia circa 1984’, but they are built to survive a nuclear bomb. They are survivors.”

The comment piece was published just hours before a boat containing hundreds of displaced people capsized in the Mediterranean, killing 800.

“This type of language is clearly inflammatory and unacceptable, especially in a national newspaper. The Sun’s editors took an editorial decision to publish this article, and – if it is found in breach of the law – should be held responsible along with the author,” Zeid said.

Zeid said the Hopkins piece was by no means a one off, but rather the result of “decades of sustained and unrestrained anti-foreigner abuse, misinformation and distortion.”

“This vicious verbal assault on migrants and asylum seekers in the UK tabloid press has continued unchallenged under the law for far too long,” he said.

Like the Sun, Britain’s Daily Express was also a prime culprit, he said.

“To give just one glimpse of the scale of the problem, back in 2003 the Daily Express ran 22 negative front pages stories about asylum seekers and refugees in a single 31-day period,” he said.

“Asylum seekers and migrants have, day after day, for years on end, been linked to rape, murder, diseases such as HIV and TB, theft, and almost every conceivable crime and misdemeanor imaginable in front-page articles and two-page spreads, in cartoons, editorials, even on the sports pages of almost all the UK’s national tabloid newspapers.”

“I am an unswerving advocate of freedom of expression, which is guaranteed under Article 19 of the International Covenant on Civil and Political Rights (ICCPR), but it is not absolute.

“Article 20 of the same covenant says: ‘Any advocacy of national, racial or religious hatred that constitutes incitement to discrimination, hostility or violence shall be prohibited by law.”

Previous Article
Oliver Stone: “CIA Fingerprints All Over Kiev Massacre”
Next Article
The Ford Foundation and the CIA 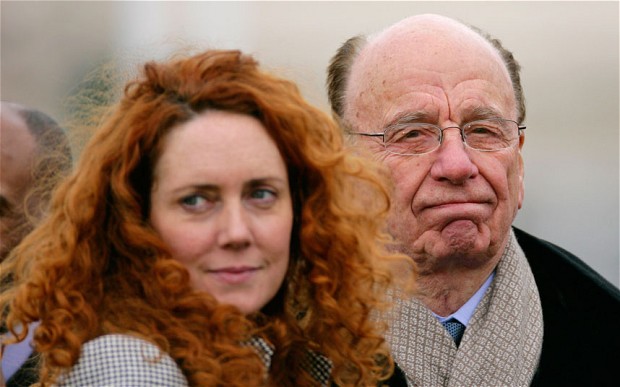 Review of Hack Attack: How the Truth Caught Up with Rupert Murdoch, by Nick Davies, with an Excerpt from the Book
Aug 05
trending_upTrending
whatshotPopular
Show More
Show More