FORT LAUDERDALE — On the fifth anniversary of Ponzi schemer Scott Rothstein‘s sentencing to 50 years in a federal prison, Gossip Extra can reveal exclusively that the government just seized money that Rothstein gave to the U.S. Senate campaign of Charlie Crist.

According to paperwork filed with the federal court in Fort Lauderdale, the U.S. Marshals Service just seized $9,600 left in a still-open SunTrust bank account used by Crist during the campaign he lost to Marco Rubio in 2010.

The dough is to be added to the millions “clawed back” from those who benefited from the $1.4 billion scheme that Rothstein ran for years from his luxury law office high above Fort Lauderdale.

Crist’s relationship with Rothstein haunted him through the Senate election as well as last year’s gubernatorial contest.

We reached out to Charlie but have yet to hear from him.

Rothstein is being kept in a secret location because of the 30 associates he ratted out to the feds and couldn’t comment. 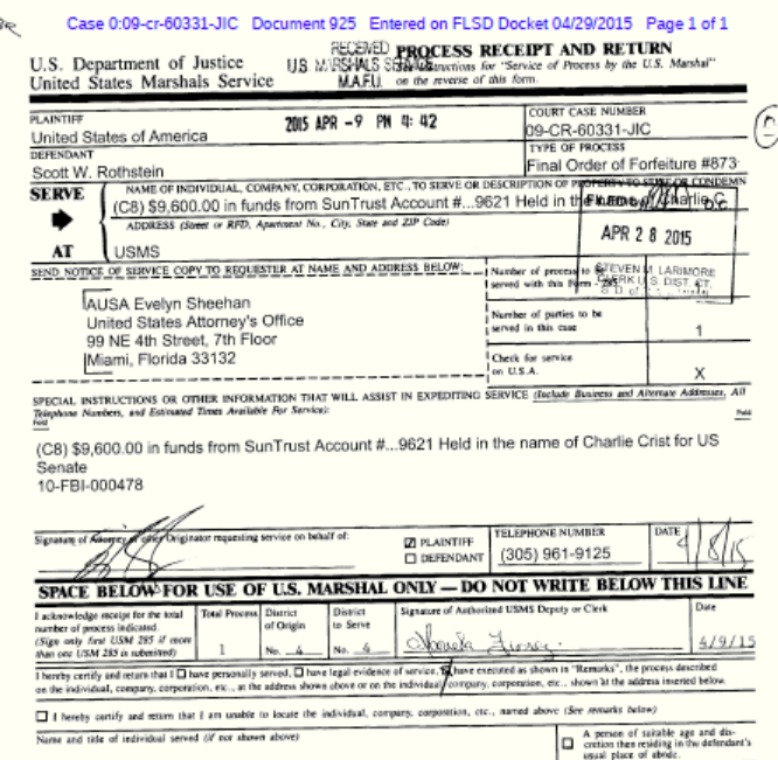 Don’t worry though, Charlie will be just fine. He gave his family $700 mil. in public funds in the healthcare “privatization”.